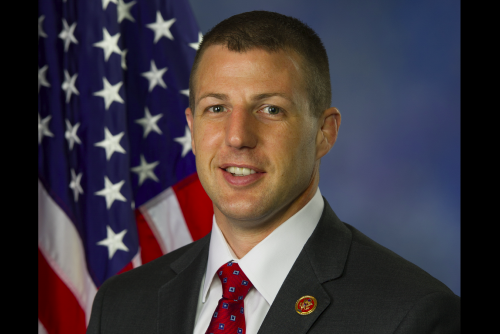 Speaking at a town hall meeting last week, Oklahoma Congressman Markwayne Mullin had a few stern words for a member of the audience, who said that his voters pay his salary. That may sound like common sense to you or I. We pay our taxes, and those taxes fund the salaries of politicians. But Congressman Mullin has a different notion.

“You say you pay for me to do this. Bullcrap. I pay for myself. I paid enough taxes before I got there and continue to through my company to pay my own salary. This is a service. No one here pays me to go.” When the audience criticized his remarks, he added “I’m just saying this is a service for me, not a career, and I thank God this is not how I make my living.”

Let’s assume for a moment that what he’s saying is true. Even if he pays his own salary, what he’s saying is completely missing the point. People tell public servants all the time that “I pay your salary” as a way of reminding them of who they really work for. That doesn’t change if you pay your own salary. Congressman Mullin is a representative, as in he represents his voters. They hired him through the ballot box to represent their interests, so he works for them.

Of course, Congressman Mullin doesn’t pay his own salary through taxation. That’s kind of silly when you think about it. Our taxes go to a lot of things, some good and some bad. Of that tax revenue, only a tiny percentage is spent on the salaries of Congressmen.

Last year the federal government collected $3.525 trillion in taxes, and spent roughly $100 million on congressional salaries. Since it’s not like he can earmark his taxes for specific departments, less than 1 out of every 35,000 of his tax dollars went to Congressional salaries, and only a tiny fraction of that went back into his pocket. So the vast majority of Mullin’s tax dollars went toward countless public services, some of which he and every citizen benefit from, before any of that money went toward his salary.

Sorry Congressman, but the constituents of your district really do pay your salary, as does everyone else in America. Try not to forget about who you really work for.