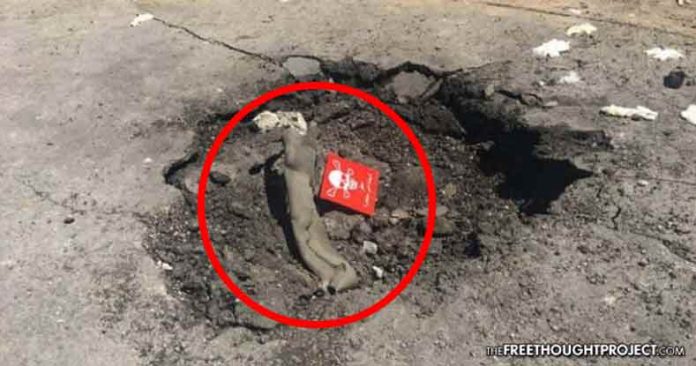 A leading weapons academic, and one of the foremost experts in the field, has come forward in a series of reports noting his opposition to the official story in regards to the Khan Sheikhoun nerve agent attack in Syria. According to the expert, the Syrian gas attack was staged.

Theodore Postol, a professor emeritus at the Massachusetts Institute of Technology (MIT), issued a series of three reports in response to the White House’s finding that Syrian President Bashar Al-Assad perpetrated the attack on 4 April, reported the International Business Times on Monday.

Theodore A. Postol, professor emeritus of science, technology, and national security policy at MIT. Postol’s main expertise is in ballistic missiles. He has a substantial background in air dispersal, including how toxic plumes move in the air. Postol has taught courses on weapons of mass destruction – including chemical and biological threats – at MIT. Before joining MIT, Postol worked as an analyst at the Office of Technology Assessment, as a science and policy adviser to the chief of naval operations, and as a researcher at Argonne National Laboratory. He also helped build a program at Stanford University to train mid-career scientists to study weapons technology in relation to defense and arms control policy. Postol is a highly-decorated scientist, receiving the Leo Szilard Prize from the American Physical Society, the Hilliard Roderick Prize from the American Association for the Advancement of Science, and the Richard L. Garwin Award from the Federation of American Scientists.

As the IB Times reports, Postol concluded that the US government’s report does not provide any “concrete” evidence that Assad was responsible, adding it was more likely that the attack was perpetrated by players on the ground.

Postol said: “I have reviewed the [White House’s] document carefully, and I believe it can be shown, without doubt, that the document does not provide any evidence whatsoever that the US government has concrete knowledge that the government of Syria was the source of the chemical attack in Khan Sheikhoun, Syria at roughly 6am to 7am on 4 April, 2017.

“In fact, a main piece of evidence that is cited in the document point to an attack that was executed by individuals on the ground, not from an aircraft, on the morning of 4 April.

Postol is pointing out how the images used by the White House, to justify launching 59 missiles at a sovereign nation, actually show enough evidence to debunk the official story from the start.

Postol notes that the canister appears to have been clearly smashed on the ground and not launched from a plane as the United States contests. “The explosive acted on the pipe as a blunt crushing mallet,” Postol said. “It drove the pipe into the ground while at the same time creating the crater.

“Since the pipe was filled with sarin, which is an incompressible fluid, as the pipe was flattened, the sarin acted on the walls and ends of the pipe causing a crack along the length of the pipe and also the failure of the cap on the back end.”

As the IB Times points out, Postol, formerly a scientific advisor at the Department of Defense (DoD), has previously outlined similar inconsistencies with US intelligence reports. Following the 2013 chemical weapons attack in eastern Ghouta. Postol again said the evidence did not suggest Assad was responsible – a finding that was later corroborated by the United Nations.

After easily blowing apart the official narrative on the alleged attacks, Postol’s new report goes on to call attention to the politicized aspect of the intelligence findings.

Postol said: “No competent analyst would miss the fact that the alleged sarin canister was forcefully crushed from above, rather than exploded by a munition within it.

“All of these highly amateurish mistakes indicate that this White House report, like the earlier Obama White House Report [from Ghouta in 2013], was not properly vetted by the intelligence community as claimed.

“And if those analysts were properly consulted about the claims in the White House document they would have not approved the document going forward.”

After reading Postol’s report, the idea of the Sarin gas attack being a false flag — as multiple high-level experts, politicians, and former intelligence officers have claimed — becomes far more plausible than the United States’ official narrative.

Please share this article with your friends and families so that they may see the what the real experts, who don’t have an interest in spreading empire and war, are saying.