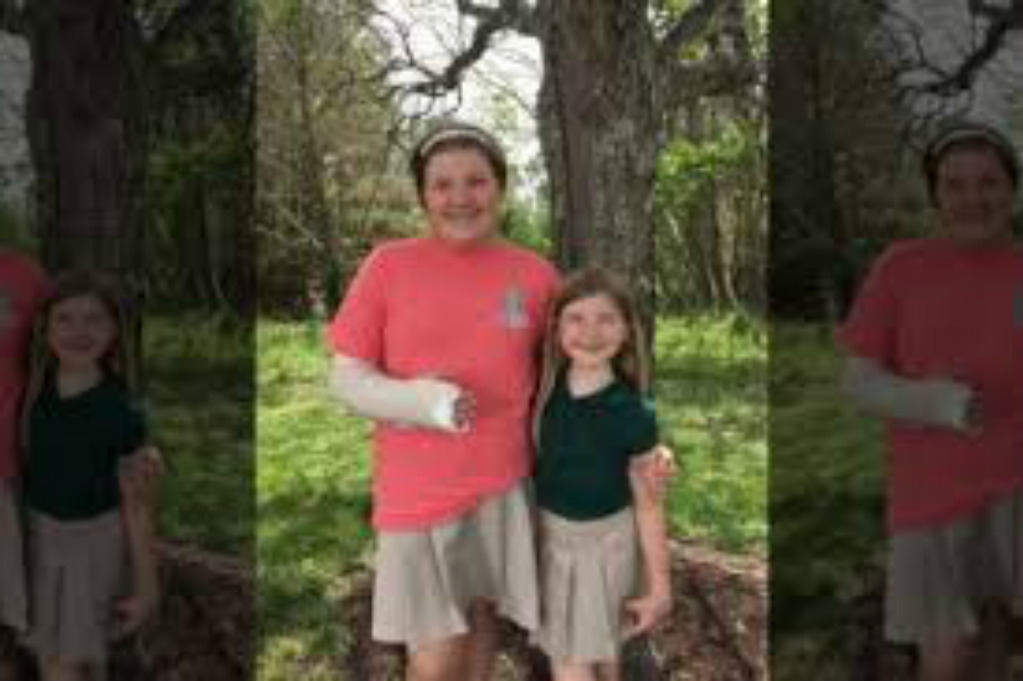 A twelve-year-old girl is being credited as hero for thinking quickly and foiling a would-be carjacker’s attempt to steal her mother’s van with her and her little sister inside, stopping a potential Amber Alert from occurring.

Maddie Weiler, 12, was going to Busch Gardens in Virginia with her mother, Brandie, and her little sister Mollie, 7, on Saturday.

The family witnessed a two-car collision, according to Q13Fox. So, Mrs. Weiler pulled over and got out of her vehicle to help the victims of the car accident. Her two girls remained in the van.

As Weiler was assisting the victims of the crash, she dialed 911 and witnessed Paul Salsman, the man who had caused the crash, walk towards her van.

“I could see him going toward the van, and I’m screaming,” Weiler said.

Apparently, the window was down, but the van was locked. According to Williamsburg police, Salsman slipped his hand inside the vehicle and unlocked the door and jumped in.

That’s when twelve-year-old Maddie lit into him.

“I just went for it,” Maddie said. “Nothing passed my mind except, ‘He is a psycho and he needs to get out of the car’.”

She began punching Salsman and screaming. She also was smart enough to shift the vehicle into drive so that he would not be able to start the engine and drive away.

“I thought he was going to take us,” Mollie said

“Once I saw Mollie out, I yelled for Maddie to get out,” Brandie Weiler said. “She was too busy beating the guy to realize that her sister was out.”

“She has always been told if anyone tries to take you – kick, scream, bite, hit, gouge out their eyes, whatever you have to do,” said Steven Weiler.

Maddie loves to ride horses. She told her mother after the ordeal, “Mama, if I can control a 1,500-pound animal, then I was sure going to try to take care of him.”

Maddie did suffer a fractured growth plate in her wrist.

According to police, Salsman attempted to steal two other vehicles before the Weilers arrived.

Salsman is charged with three counts of felony carjacking, felony hit and run and driving under the influence of drugs.

Maddie encouraged other girls in a similar situation to never give up and “just fight them.”

Her mother was very thankful that things turned out the way they did.

“Bones will heal, but I cannot replace my girls!” said Weiler.