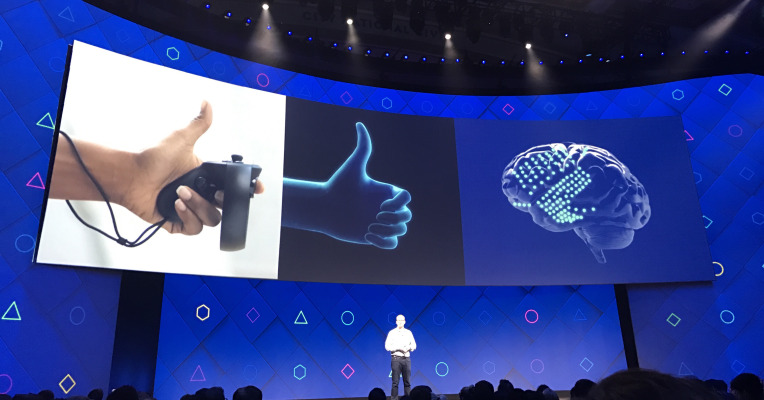 On Tuesday, Facebook founder Mark Zuckerberg dropped a stunner when he announced to the attendees of F8, Facebook’s annual developers’ conference, that the tech giant is developing technology that will allow users to communicate using only their minds. The technology will come in the form of implantable chips that will create a brain-computer interface (BCI). It’s one of several secret projects being developed in the mysterious R&D division Building 8 labs.

Zuckerberg’s past statements on the fabled brain-computer interface have been nothing less than tantalizing. In 2015, Zuckerberg laid out his personal vision for the technology:

“One day, I believe we’ll be able to send full rich thoughts to each other directly using technology,” Zuckerberg said during a Q&A. “You’ll just be able to think of something and your friends will immediately be able to experience it too if you’d like.”

On Tuesday, Zuckerberg confirmed BCI as one of four technologies the tech giant is currently developing in B8 (in addition to augmented reality, drones, and cameras). This isn’t exactly news, as it’s been known for some time that Facebook was heading in this direction. A recent job post by the company called for “an experienced Brain-Computer Interface (BCI) Engineer who will be responsible for working on a 2-year B8 project focused on developing advanced BCI technologies.”

Zuckerberg teased everyone by announcing more details would be released today, and indeed, they were.

On Wednesday, former DARPA executive Regina Dugan, who also worked for Google’s advanced projects division and currently heads the Building 8 division, told conference attendees that a research team of 60 engineers is currently developing technologies that will allow people to type at 100 words per minute using only their minds. BCI applications will also enable people to control augmented and virtual reality interfaces using only their thoughts.

It appears Dugan is making headway on her original job description, which was to develop “technologies that fluidly blend physical and digital worlds.”

More details about Facebook’s BCI technology will be released in the coming days.