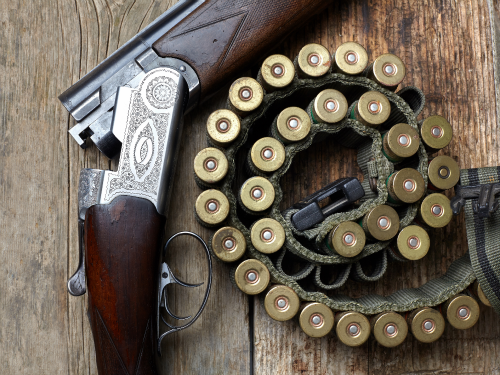 California has done it, Illinois is trying to do it, and Oregon may be next. These are the states that have laws, or have attempted to pass laws that make gun confiscation very easy. These laws basically allow any police officer or civilian to ask a court to confiscate the firearms of a family member, if that person may be at risk of suicide or domestic violence. That person doesn’t get to offer any input, nor does their need to be very much evidence that the person in question is dangerous.

The latest proposal comes from Oregon state senator Brian Boquist, whose Navy veteran son committed suicide last year. His bill “would enable immediate family members to obtain a court order to prevent a person showing signs of wanting to commit suicide or hurt others from obtaining a gun for a year.” The order would also force that person to give up all of their firearms.

As with California’s version of this law, this bill allows for ex parte court hearings, which means that the gun owner who is going to have his rights taken away, doesn’t have to be present during the hearing. If someone is subject to this order, they can only contest it once during its 12 month duration.

As you might expect, gun rights activists are outraged. Many of them poured into the state capital building on Monday to protest the bill. NRA spokeswoman Keely Hopkins summed up how dangerous this legislation would be for gun owners: “This bill allows for a protective order to remove your Second Amendment rights, not because of a criminal conviction, but based on third-party allegations using an evidentiary standard that falls far below what’s normally required for the removing of fundamental rights.”