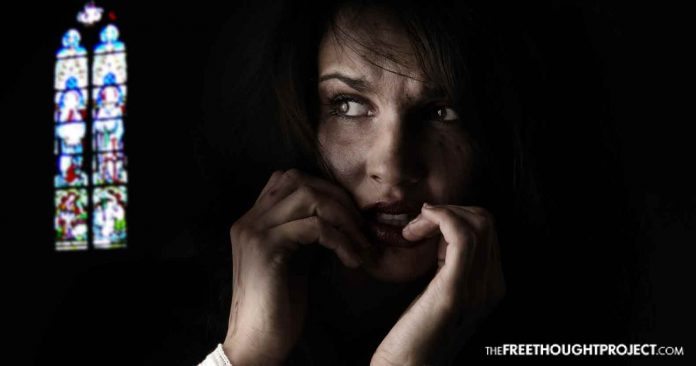 Toledo, OH — In 2016, the attention of much of the world was centered on a rumored sex trafficking scandal in Washington, DC known as “Pizzagate.” While any truth that pizzagate exists was dismissed by the mainstream media as rumor and fodder for conspiracy theorists, many people felt that at the very least, it warranted an investigation. However, that did not happen.

In fact, since that time, child sex scandals have been uncovered in Europe, the UK, and in India. And just this week, as TFTP reported, a high-ranking member of the U.S. military (retired) and former VP of Dynacorp was arrested on child rape charges. Meanwhile, the latest iteration of a pizzagate-style child sex ring involves yet again, the clergy, and a high-ranking official within child services.

Ohio Pastors Cordell Jenkins (46) and Anthony Haynes (37) were arrested on charges of sex trafficking minors earlier this month. ABC reported their crimes involved the “recruiting, enticing and transporting people the men knew were under 18 to engage in sex acts for pay.” The report says the sex trafficking started three years ago with a girl who was 14 at the time. Jenkins is also charged with having sex with a minor in exchange for money.

Jenkins is the founder and pastor of Abundant Life Ministries in Toledo, Ohio. His wife, Laura-Lloyd Jenkins is a member of the Lucas County Child Services Board of Trustees and is listed as the group’s secretary. The board is responsible for investigating allegations of crimes for which the board member’s husband, a pastor no less, is accused of committing.

At one point, it appears there was a public service announcement on the importance of adoption and foster care, featuring pastor Jenkins, but that video, understandably, has since been removed.

FBI Agent Vicki Anderson said the investigation is ongoing and more individuals may be charged in connection with the child sex trafficking ring. According to Toledo’s ABC News 13, “The documents released by the FBI detail numerous explicit sexual encounters the men allegedly had with kids. They show Pastor Haynes introduce a child identified as ‘juvenile one’ to several adult males. The documents go on to read ‘these males provided juvenile one with money in exchange for sexual activity.’”

The men allegedly had sex with their victims at local motels including but not limited to the Red Roof Inn. Jenkins also stands accused of having sex in his office at the church.

Agent Anderson told reporters, “Charges could change from what they’ve been held on right now. There could be additional charges. There could be something where this charge fits better. It could be altered between now and the indictment or it could stay the same.”

Let’s assume the pastor was looking out for his best interests and wanting to keep his sex trafficking activities a secret from his congregation as well as authorities. To whom would he have been pimping out the underage minors? We believe the answer to that question is most likely well connected and very wealthy fellow community leaders. The FBI would do well to uncover and unseal all the court documents related to the case so that justice can be served.

Also unclear is whether or not Jenkins used his wife’s position within the county’s child services board to gain access to children for the purposes of sex trafficking. To date, there’s been no connection of any kind indicating any impropriety within the county’s child services division. But, all of that could change as more information is made available to the public.

The Jenkins’ activity in sex trafficking serves to illustrate just how low our society has fallen, so low that even pastors who should be sacrificing themselves to see that sex trafficking is non-existent in America, are actually engaged in the dirty business of selling kids for money.