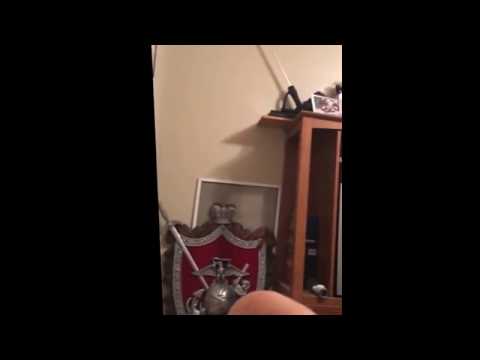 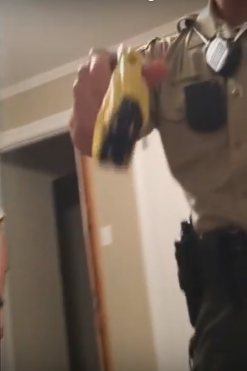 Time to wake up…

Yep, you read that headline correctly.

Nowadays you can’t even have an argument over failing to notice your wife’s new haircut in Police State USSA without cops possibly breaking down your door and beating you senseless for it.

That’s what happened to an otherwise innocent Marine veteran in California after he got into a loud argument with his wife because she said he didn’t notice she had gotten her hair done.

After shouting at each other, Fernando Del Valle, 38, locked himself in his bedroom to go to sleep. No violence between he and his wife had occurred. The neighbors, however, called the cops.

This 68-second cell phone video Del Valle managed to capture shows what happened after two Sonoma County sheriff’s deputies burst down his front door and then his bedroom door and order a man sleeping in his bed to “stand up”.

“Sir, I’m just laying here trying to sleep…,” Del Valle began, refusing to exit his bed. Instead he turned his smart phone video camera on and trained it on the cops, even warning them, “I got you on video. Go ahead. Tase me.”

Former Deputy Scott Thorne, 40, steps forward and proceeds to tase and beat a man wearing nothing but shorts in his own home in his own bed who did nothing wrong other than have a loud argument with his wife over her haircut.

Although the entire thing was not caught on Del Valle’s video, he suffered two or three more tasings and more than a dozen baton blows, many of which can be heard on the video along with Del Valle’s wife yelling at the cops that her husband “is not doing anything!”

In sum, these cops burst into a couple’s home and assaulted an innocent man on the sole word of a neighbor’s noise complaint just assuming the man was committing spousal abuse sight unseen without doing any further investigation into the matter at all.

The cops did arrest Del Valle and take him in, but it was only at that point they realized they had no evidence that any crime whatsoever had taken place and they had to let Del Valle go because… he didn’t do anything.

Del Valle did, however, end up with neurological damage and a separated shoulder according to his lawyer.

The saddest part is that even the police department recognized the excessive use of force in this case almost immediately from the officers’ own bodycams. Then again, as it turns out, Thorne should have never been employed as a police officer in Sonoma County or anywhere else in the first place, considering he had already been let go from previous departments for… that’s right, excessive use of force.

Del Valle has now filed a lawsuit against the department seeking damages above $25,000. Despite the fact that Sonoma County terminated Thorne, Thorne is trying to argue he was in the right in this situation. Even his attorney doesn’t seem to agree with him, telling the media “His [as in, Thorne’s] position is he followed procedure.”

What procedure is that exactly? Because it isn’t investigating crimes apparently.