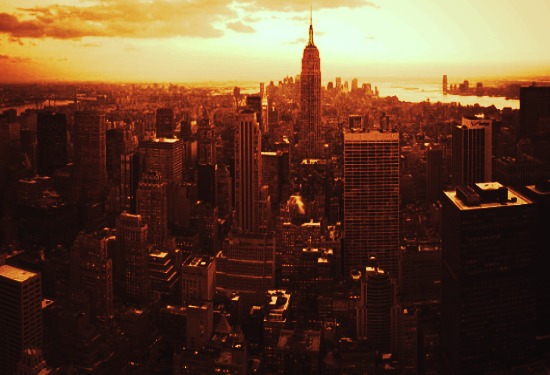 When Russia holds a massive civil defense drill for nuclear war, the government informs its people and even includes them.

When the US government does it however, they do it in secret, even using natural disasters as cover, meanwhile keeping the civilian population in the dark and telling them as little as possible.

The fact that there were massive power outages Friday, of all days, in San Francisco, LA and specifically New York City — causes reportedly still unknown at this time — seems like anything but a coincidence with everything else going on right now including a massive NYC-area 10 kiloton nuclear blast and EMP drill called Operation Gotham Shield.

NYC
The first massive power outage yesterday occurred in New York City just before 6 am after the power inexplicably went down at the 7th avenue and 53rd street subway station, causing a chain reaction through the rest of NYC’s subway system. MTA did not get the generators back up and running until around 11:30. Delays continued throughout the day.

LA
A few hours later, outages began being reported around Los Angeles, including at the LA airport.

San Francisco
This one was reportedly the worst. Some 90,000 people were still without power all around downtown San Francisco as of 1 pm Friday afternoon. Businesses were shuttered, transportation systems were shut down, whole skyscrapers were dark. People called the whole scene “surreal”. Again, the cause of the outage still has not been explained.

All of this coincides with the Operation Gotham Shield drill being held in the NYC area; depending on who you ask, it’s even going on right now, but again, we civilians (read: peons) are being mostly kept in the dark about the huge drill. One set of dates says the drill started on April 18th and will run through May 5th. Another set of dates say the actual nuke/EMP simulation part of the drill won’t happen until April 24th–26th.

[Gotham Shield] is a tabletop, joint agency exercise involving FEMA, Homeland Security and a myriad of law enforcement and military agencies. WMD, chemical and biological units will all be on hand as a response is tested for a “simulated” nuclear detonation over the United States’ foremost urban center, in the iconic and densely populated island of Manhattan and nearby shores of New Jersey.

According to the Voice of Reason:

On April 18th thru May 5th, 2017, state, local, and federal organizations alike are planning for Operation Gotham Shield 2017 — a major nuclear detonation drill in the New York-New Jersey area, along with the U.S.-Canadian border. During this exercise, 4 nuclear devices, 2 of which are rendered “safe” during the U.S. Department of Defense (DOD) Vital Archer Exercise, and one successful 10kt detonation in the NYC/NJ area, along with one smaller detonation on the U.S./Canadian border are to take place.

Among the organizations involved are:

So the chances that we’re suddenly having totally random “unexplained” massive power outages in major cities, starting specifically in the one where this massive nuclear war/EMP drill is currently going down and it is all simply a coincidence seem poor at best.

The potential for a more explosive false flag to spin out of control, by hijacking and ‘converting’ the simulated actions, is all too real.

This is closely related to the mechanism that many researchers believe was at work on the day of 9/11, nesting a false flag attack inside of a series of large-scale training operations which invoked emergency powers and simulated attacks in locations that were actually hit.