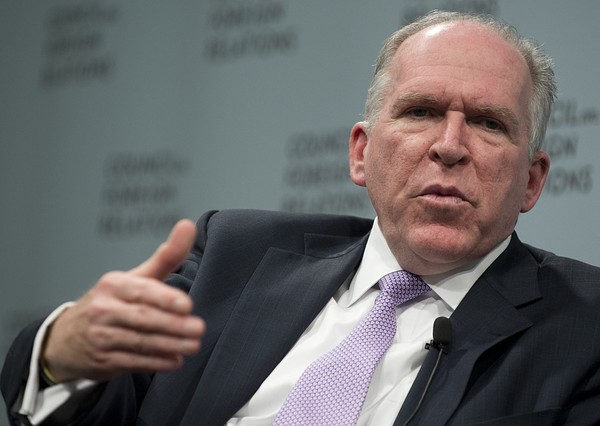 First, let me remind you of what Napolitano said.

“What the heck is GCHQ?” Napolitano asked. “That’s the initials for the British spying agency. They have 24/7 access to the NSA database.”

.@Judgenap: Three intel sources have disclosed that Pres. Obama turned to British spies to get surveillance on Trump pic.twitter.com/IghCFm7qhO

Following Napolitano’s comments, GCHQ issued a statement in which they called his claims “nonsense.”

“Recent allegations made by media commentator Judge Andrew Napolitano about GCHQ being asked to conduct ‘wire tapping’ against the then President-elect are nonsense. They are utterly ridiculous and should be ignored.”

Now, The Guardian is reporting:

According to one account, GCHQ’s then head, Robert Hannigan, passed material in summer 2016 to the CIA chief, John Brennan. The matter was deemed so sensitive it was handled at “director level”. After an initially slow start, Brennan used GCHQ information and intelligence from other partners to launch a major inter-agency investigation.

In late August and September Brennan gave a series of classified briefings to the Gang of Eight, the top-ranking Democratic and Republican leaders in the House and Senate. He told them the agency had evidence the Kremlin might be trying to help Trump to win the presidency, the New York Times reported.

One person familiar with the matter said Brennan did not reveal sources but made reference to the fact that America’s intelligence allies had provided information. Trump subsequently learned of GCHQ’s role, the person said.

The person described US intelligence as being “very late to the game”. The FBI’s director, James Comey, altered his position after the election and Trump’s victory, becoming “more affirmative” and with a “higher level of concern”.

What’s even more interesting is The Guardian goes on to question if Comey’s shift may have been the result of a “decision by the Foreign Intelligence Surveillance Act (FISA) court to approve a secret surveillance order. The order gave permission for the Department of Justice to investigate two banks suspected of being part of the Kremlin’s undercover influence operation.”

With all this talk of spying on American citizens or using intel from agencies outside the US to bypass the Fourth Amendment should be concerning. On top of that, this investigation into banking should have the DOJ doing some promised investigation into Hillary Clinton and John Podesta. Additionally, why is there no investigation into Podesta’s board membership linked to Russian investors? Yet, Brennan claimed to have evidence the Kremlin was trying to help Trump win the White House? Something doesn’t add up here. Where is that evidence? We’ve seen the evidence that ties Clinton and Podesta to Russia, where is the evidence claimed by Brennan tying Trump to Russia?

George Neumayr commented on possible motives of Brennan at The American Spectator.

“All of this took place at the very moment Brennan was auditioning for Hillary,” he wrote. “He desperately wanted to keep his job and despised Trump for his alleged “Muslim ban,” a matter near and dear to Brennan’s heart. Not only was he an apologist for the Muslim Brotherhood, but Brennan’s Islamophilia dated to his days in college, when he spent a year in Cairo learning Arabic and taking courses in Middle Eastern studies. He later got a graduate degree with an emphasis in Middle Eastern studies. In 1996, his ties to the Islamic world tightened after he became the CIA’s station chief in Riyadh, Saudi Arabia.”

“Out of this Islamophilia came a special dislike of Michael Flynn, who had planned to rip up the Obama-era ‘reset’ with Muslim countries,” Neumayr added. “Furious with Flynn for his apostasy from political correctness, Brennan and other Obama aides couldn’t resist the temptation to take him out after rifling through transcripts of his calls with the Russian ambassador. They caught him in a lie to Mike Pence and made sure the press knew about it.”

Were the media not so completely in the tank for Obama and Hillary, all of this political mischief would make for a compelling 2016 version of All the President’s Men

,” he concluded. “Instead, the public gets a steady stream of Orwellian propaganda about the sudden propriety of political espionage.”

The only colluding with Russia that has been going on has been from the Brennan, Obama, Clinton side.