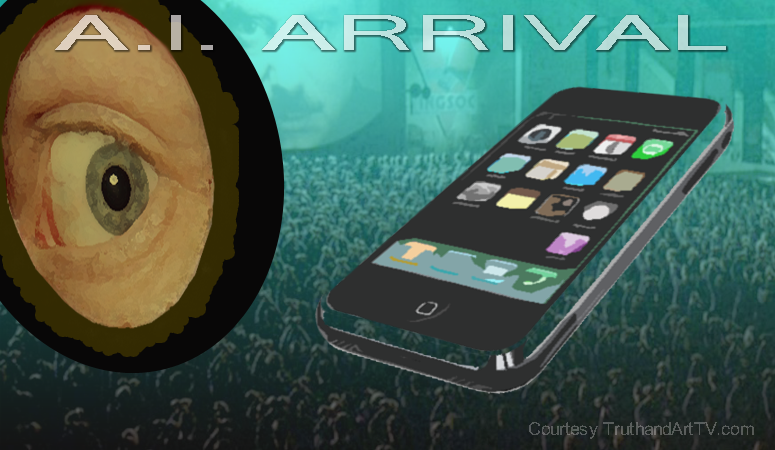 The march towards an Orwellian future where every form of human behavior is being monitored by AI-driven appliances and electronics is quickly becoming a reality. This was the plan from the start and as we can see the ruling elite have not slowed down one bit in their attempt to create this kind of world.

It is thus no surprise that Samsung is releasing a new smart phone this week called the S8 and S8+ that has a software called “Bixby” which will be studying your behavior in real-time and will be reacting, responding and “learning” from you accordingly.

The new Samsung S8 smart phone represents one of the first portable devices released to the general public in which the owner will be officially creating a 2-way relationship with the machine. The phone will carry a feature that can be activated which will require biometric data (retinal scan and facial recognition) in order to use the phone, and you can sure many people will take advantage of this feature. Passwords and pin numbers will soon be no more as the masses are conditioned into using biometric data.

The Bixby software in the latest Samsung smart phone will:

“is an intelligent interface that learns from you to help you do more.”

The dark technocratic future of humanity is now coming to full view as the technocratic ruling elite continue to push their technocracy and technology to no end.

I believe all of this is part of the JADE (at the) HELM revelations of 2015-2016. A plan for “mastering the human domain.” A plan made possible by companies like Raytheon which have been pushing a thing called BBN AI technology, a highly sophisticated technological platform that incorporates super high speed real-time learning, adaptation and awareness features. (See video below for more.)The questions that we need to be asking ourselves are questions like, when will humanity as a whole start pushing back? When will those in the Department of Justice demand an end to unnecessary research? When will people in large masses call this out and consider certain advanced scientific research unethical? When will the line be crossed where additional research into certain areas like artificial intelligence (AI) be considered an act of aggression against humanity or even a punishable crime? I’m referring to the people of the nation states demanding observation of human rights to privacy and holding elected officials accountable. And I’m also referring to consumers becoming aware of what they buy and choosing where and how they spend their money.

Stopping the agenda of the technocrats is the solution. People everywhere must step up, begin paying attention and start fighting back. And the very first thing we need to do is shine a bright light on this issue, spread the awareness and hope that enough people see the problem. That means educating the stubborn “Progressive” Liberal Left and anyone else who has a blind faith in technology. This awareness must then turn into action. Here are some solutions.

1- Throw away, disable or stop using your smart phone or any smart device around your home for that matter.

2- Replace your smart phone with a non-smart phone.

3- Change your paradigm and see if you can free yourself from cell phones altogether.

4- Realize that smart phones and smart devices are slowly being pulled into the equation for work and survival. Demand that your boss (if you work for someone) not force you to use a smart device. Let’s challenge the legality of this now growing practice and problem. Just focusing and pointing to the dangers of EMF waves emitted by these devices alone may give us the legal authority to stop employers from requiring the use of these devices.

5- If you must have a cell phone (like many of us do) then learn all the safest ways to use it which include among other things keeping it as far away from your body as possible.

6- As best you can, stop texting your friends and family for every little thing and go back to talking to each other and meeting in person.

7- Make a focused effort to raise awareness of this issue and help spread the word.

Finally, realize that Technocracy is just another form of oppression. Despite all the voices of today that glorify technological advancements, realize that humans are made to move around and work while on earth. It’s the large corporations that want to replace all forms of labor with robots. It’s the ruling elite in control of the nation states that want every form of behavior recorded with the aid of their technology and very little to none of this actually benefits humanity. While many inventions of the 19th century improved the human experience the technological advancements of today are going far beyond what humanity needs to be happy and healthy. Let’s learn to identify this problem quickly so we can implement solutions today and now.