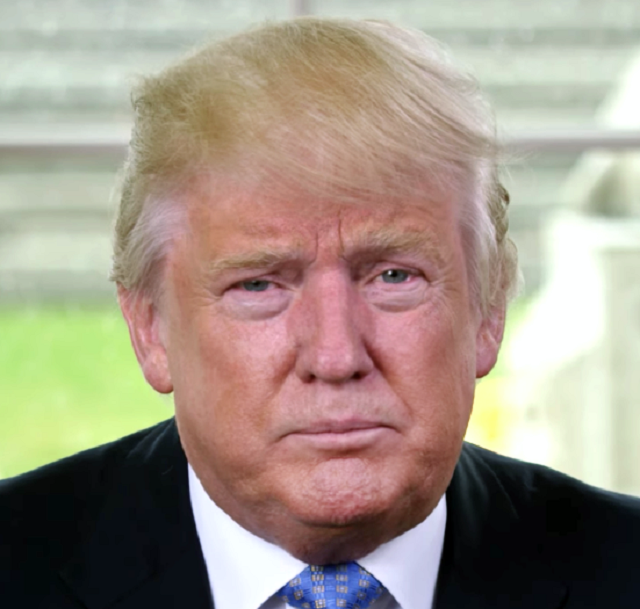 Can it get anymore obvious the deep state has taken total control of our president?

Trump was not a “shill from the beginning” as many people seem to wrongly think. He fought like hell and together we managed to overcome all odds to put him in the presidency.

The problem he made was trying to pick the “best” people for the job. He didn’t realize every loyalist he brought in was going to be sidelined and taken down by the deep state and there was not going to be any sort of “compromise” between the “qualified” insiders and the outsiders.

He tried to implement a quasi-Muslim ban and worked together with Bannon to push our agenda for the first few months, but the deep state took down Michael Flynn and probably took Trump into a smokey room and explained to him if he doesn’t play ball they’re going to give him the “JFK treatment.”

Reagan came in on a populist wave and got shot by a Bush family friend and then fell in line. JFK went rogue and tried to battle the deep state and got shot in the head. The national security establishment has been amassing power over our government for 60+ years, and it’s clear they managed to get to Trump.

One look at the change in his demeanor on the day of the Syria strike should have made it obvious to astute watchers he was compromised.

He went from being full of vigor and life to being drab and acting like he has a gun to his head, which he probably does.

President Donald Trump says that if the Justice Department wants to charge WikiLeaks founder Julian Assange, “it’s OK with me.”

Trump says he is not involved in that decision-making process, but would support Attorney General Jeff Sessions if he charged Assange with a crime.

The administration has stepped up its rhetoric against WikiLeaks in recent days, despite the fact that Trump welcomed the group’s release of a top Hillary Clinton aide’s emails during the election.

Sessions told reporters Thursday that Assange’s arrest is a priority as the Justice Department steps up efforts to prosecute people who leak classified information to the media. CIA Director Mike Pompeo last week denounced WikiLeaks as a “hostile intelligence service” and a threat to U.S. national security.

In an interview with The Associated Press, Trump says he is “not after the dreamers, we are after the criminals.” He says “that is our policy.”

President Barack Obama changed enforcement priorities to protect many young people brought to the country illegally as children from deportation.

Attorneys say 23-year-old Juan Manuel Montes was recently deported to Mexico despite having qualified for deferred deportation. Montes sued Tuesday for access to records on his deportation.

Trump says Montes’ case is “a little different than the Dreamer case,” though he did not specify why.

Neither of these moves do anything to advance his agenda. He’s already viewed as a monster for criticizing mass immigration. Cucking on the issue gets him nothing but the loss of support from his most die-hard supporters.

He knows this, he’s not stupid.

Shifting on Assange also will get him nothing but hate from his own supporters. “It’s OK with me,” he says, with the AP noting he said “he is not involved in that decision-making process.” It really can’t get anymore obvious his hand is being forced, whether it be through deep state blackmail or them threatening his life and that of his family.

On the bright side, the policies he’ll be pursuing will likely only be, at worst, as bad as any other Republican president. We at least got Neil Gorsuch, the repeal of many regulations, an attempted crackdown on sanctuary cities and a significant reduction in illegal immigration thanks to media hysterics.