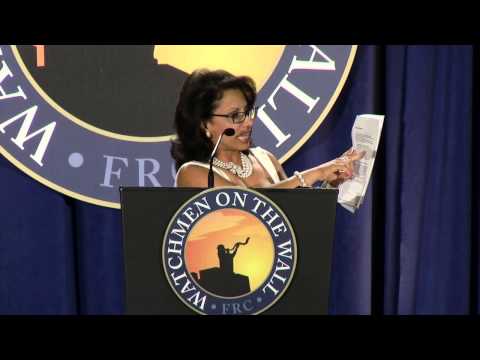 This is a wake-up call to every single American patriot living inside the continental United States of America, what I’m going to show you, will make your blood run cold. I am going to use documents and video, to expose a plan by the Muslim Brotherhood (and other Muslim organizations) to not only take-over America, but destroy our country and our way of life.

You must remember ONE THING when it comes to the followers of Islam….they are not here seeking freedom, peace, or religious freedom, Muslims are here to infiltrate and eventually take-over this great nation. This is being done by several organizations and it is being assisted by members of both the democrat party and also, some members of the republican party.

Bottom-line is; either they know what is happening, or they believe that by placating Muslims, that they will gain their support in future elections. So either they are being played like a harp from hell and are too stupid to comprehend what is really going on…OR, they are assisting them…and THAT is even scarier.

The sole purpose of the document below, is to advocate for and outline a plan, to destroy & take-over the United States of America. This isn’t about some make believe “phobia”, this is reality and every single American must be made aware of it.

The text below comes from an article originally published by the Clarion Project:

The following is the official document from a 1991 meeting which outlines the Muslim Brotherhood’s strategic goals for North America. The document was entered as evidence in the 2008 Holyland Terror Funding Trial. Federal investigators found the document in the home of Ismael Elbarasse, a founder of the Dar Al-Hijrah mosque in Falls Church, Virginia, during a 2004 search. Elbarasse was a member of the Palestine Committee, which the Muslim Brotherhood had created to support Hamas in the United States.

The original document in Arabic follows the English translation.

We have highlighted in yellow the following quotes which are of particular significance. The page numbers noted below correspond to the page numbers in the center of the bottom of each page in the document).

“Enablement of Islam in North America, meaning: establishing an effective and a stable Islamic Movement led by the Muslim Brotherhood which adopts Muslims’ causes domestically and globally, and which works to expand the observant Muslim base, aims at unifying and directing Muslims’ efforts, presents Islam as a civilization alternative, and supports the globalIslamic State wherever it is.”

“…the Movement must plan and struggle to obtain “the keys” and the tools of this process in carry out [sic] this grand mission as a ‘Civilization Jihadist’ responsibility.”

“The process of settlement is a ‘Civilization-Jihadist Process’ with all the word means. The Ikhwan [Muslim Brotherhood] must understand that their work in America is a kind of grand jihad in eliminating and destroying the Western civilization from within and ‘sabotaging’ its miserable house by their hands and the hands of the believers…”

“[W]e must possess a mastery of the art of ‘coalitions’, the art of ‘absorption’ and the principles of ‘cooperation.’”

“A list of our organizations and the organizations of our friends” – This is where the Muslim Brotherhood listed its front groups in the U.S.. Note that prominent organizations like CAIR, ISNA, ICNA and others are named here.

To see the document in it’s entirety click HERE.

Here is a video by Brigitte Gabriel where she publicly exposes this plan: