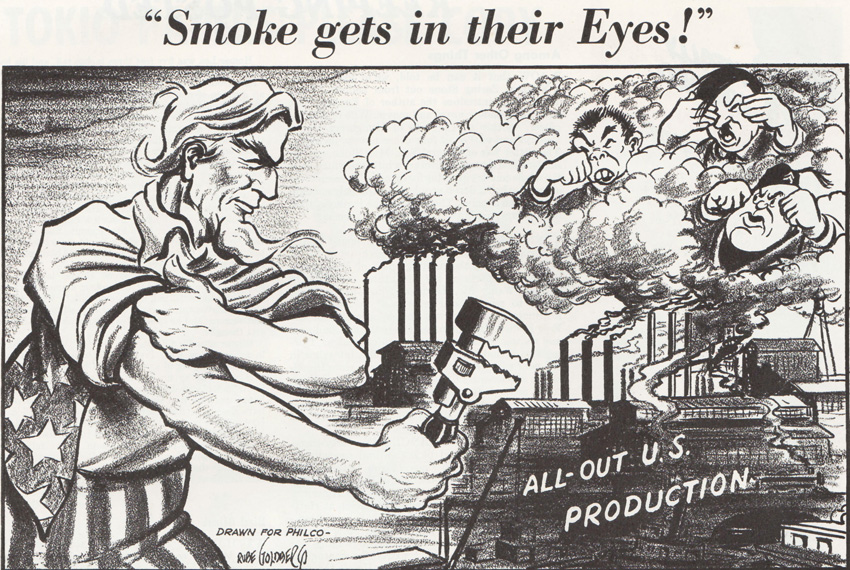 Socialist or capitalist monopolies lead to rationing societies where production is restrained and innovation is discouraged. The difference between the two is that a capitalist monopoly can be overcome. A socialist monopoly however is insurmountable because it carries with it the full weight of the authorities and the ideology that is inculcated into every man, woman and child in the country.

We have become a rationing society. Our industries and our people are literally starving in the midst of plenty. Farmers are kept from farming, factories are kept from producing and businessmen are kept from creating new companies and jobs. This is done in the name of a variety of moral arguments, ranging from caring for the less fortunate to saving the planet. But rhetoric is only the lubricant of power. The real goal of power is always power. Consolidating production allows for total control through the moral argument of rationing, whether through resource redistribution or cap and trade.

The politicians of a rationing society may blather on endlessly about increasing production, but it’s so much noise, whether it’s a Soviet Five Year Plan or an Obama State of the Union Address. When they talk about innovation and production, what they mean is the planned production and innovation that they have decided should happen on their schedule. And that never works.

You can ration production, but that’s just another word for poverty. You can’t ration innovation, which is why the aggressive attempts to put low mileage cars on the road have failed. As the Soviet Union discovered, you can have rationing or innovation, but you can’t have both at the same time. The total control exerted by a monolithic entity, whether governmental or commercial, does not mix well with innovation.

Paradoxically the rationing infrastructure increases in direct proportion to the falloff of production as lower production requires even greater rationing. This is what we are seeing now in the United States, in a weak economy, there is greater justification for the expansion of rationing mechanisms. And the worse the economy becomes, the bigger government will become to “compensate” for the problems of the economy.

The sort of society we have is fit for passengers adrift at sea on a lifeboat parceling out their last crackers. It is an emergency society for the lost and the starving. And perversely we are starving amidst plenty.

In a production society, people compete for production. In a rationing society, people compete for entitlements. Everyone is always bitter and suspicious in a rationing society, and when they aren’t, they’re resigned and phlegmatic. They either accept that life is unfair or they rave against it. They are either jealous or give up on material things entirely making their society into a comprehensive failure.

I met a man once who told me that his greatest dream was to be feasting at a full table while outside hungry people pass by and look longingly through the window. This is the type of mindset that a rationing society produces. Its denizens instinctively absorb the idea that resources are finite and their competitiveness takes place at a zero sum level that is incomprehensible in any open society.

In a rationing society, people are certain that if another has something, then he came by it unfairly. And every group has an exaggerated sense of the material prosperity of other groups. This is not a bug, it is a feature. The rationing society deliberately cultivates a sense of unfairness to make it clear that individual efforts are meaningless and the only thing that matters is one’s connections to the rationers and the degree of mutual support from the group for the rationers and the rationers for the group.

Individual initiative is discouraged by a web of bureaucracy to make it difficult for individuals to act outside the plan. In a monopolistic system, rules and permits make it difficult for the individual to move forward. The permit regime also promotes corruption which makes honest enterprise almost impossible. Through these means the system restrains the micro, which is ordinarily too small to be properly controlled, while focusing on the macro.

The rationing of present day America, which has the resources, the wealth and the techniques to produce, is being managed in political terms. The politicians still talk in terms of innovation and production, even while enacting policies meant to discourage both. The dominant political class has been dedicated to one form of rationing or another throughout the 20th Century. The only difference between them is the degree of radicalism and their understanding that the rationing is a transition, rather than a safety net or an emergency measure.

When you listen to the larger message of the left, it is one of finity. We have a finite amount of planetary resources and domestic wealth. This finity represents a global and national crisis that has to be tackled with rationing mechanisms. We are all on a lifeboat and some of us are gobbling up more than their fair share of rations. Unless the rationers step forward, seize everyone’s rations and pass out limited rations, then we are all doomed.

The essential 21st Century conflict is between the rationers and the producers. This is not a class conflict, that is the fallacy that the left has fallen into for over a century. It is a conflict between a system of bureaucratic collectivism and a society of individuals. It is not a conflict between the rich and the poor, the majority of the rationers are either rich or close enough to it. Their charges may be poor, but the representatives of their victim groups invariably become rich. The rationer camp is funded by some of the wealthiest men and companies in America who agree with its premise that we need to ration everything from children to jobs to food to carbon emissions.

This is a fundamental philosophical conflict between those who believe in a free society and those who believe in a managed society. It is not simply a conflict between capitalism and socialism, many of the capitalists are on the side of the rationers because they agree with them or profit from the rationing. It is a conflict that predates the American Revolution, a conflict that became inevitable with the rise of the supercity and the closing of the frontier.

This is a struggle between those who believe that people should be managed and those who believe that people should manage themselves. Our institutions now depend on a class of managers who fill the ranks of the institutions of the public and private sector, who produce little, but whose goal is to make production completely predictable. And we are, in short, being managed to death.

Scientific management, rather than predicting human variables, has done its best to make everything predictable, and a perfectly predictable thing is static. It has no ability to move forward. The drive to make the behavior of people predictable has led to the institutionalism of every aspect of life. And that has led to rationing programs that depend on predictability, and when that predictability fails,respond with greater efforts at control.