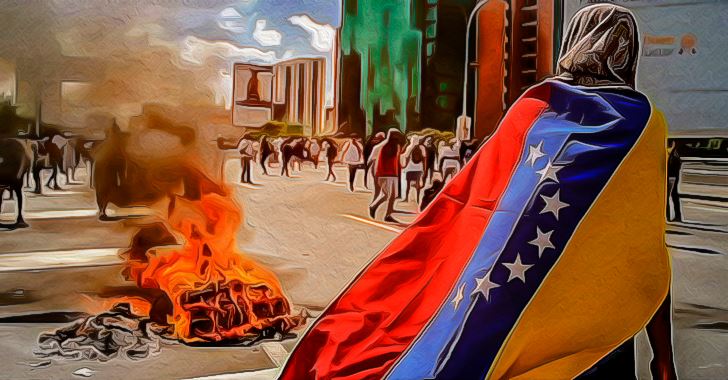 Venezuela, a country with only $10 billion left in reserves to run on, is in trouble. The people are starving. The government has gone full-on authoritarian, and now desperate human beings are dying in the streets.

From an Associated Press report on Friday:

Authorities in Venezuela say 12 people were killed overnight following looting and violence in the South American nation’s capital amid a spiraling political crisis.

Continuing, the report further highlighted the gravity of the situation:

Most of the deaths took place in El Valle, where opposition leaders say 13 people were hit with an electrical current while trying to loot a bakery protected by an electric fence.

These are people without options, forced to turn to thievery to stay alive. And they died because of it.

On April 6, The Economist reported that over the past year, 74 percent of Venezuelans lost an average of 20 pounds. Venezuela, incidentally, has topped Bloomberg’s Economic Misery Index for the past three years.

The country began its slide downward into chaos with the election of President Nicolas Maduro, who immediately began implementing socialist programs and has since taken extreme measures to secure his position.

At the end of March, for instance, Maduro effectively shut down Venezuela’s congress — his primary political opposition — and gave those legislative duties to his puppet Supreme Court.

The latest news coming out of the South American nation — aside from the deaths of people trying to steal bread to live — is that General Motors, whose Venezuelan production facility was overtaken by local authorities, has now ceased all operations in the country.

To put that in perspective, consider that in 2016, only 3,000 vehicles were sold in Venezuela, a country of 30 million people.

The U.S. Southern Command has floated the idea of using the United States’ military to contain unrest in Venezuela, though historically American intervention in South America is both widely unpopular in the region and wildly unsuccessful.

As we look on at the continuing horrors in the Middle East and what seems, at the moment, to be the makings of World War III in Asia, let’s not lose sight of the fact that right now, the people of Venezuela are in pain.