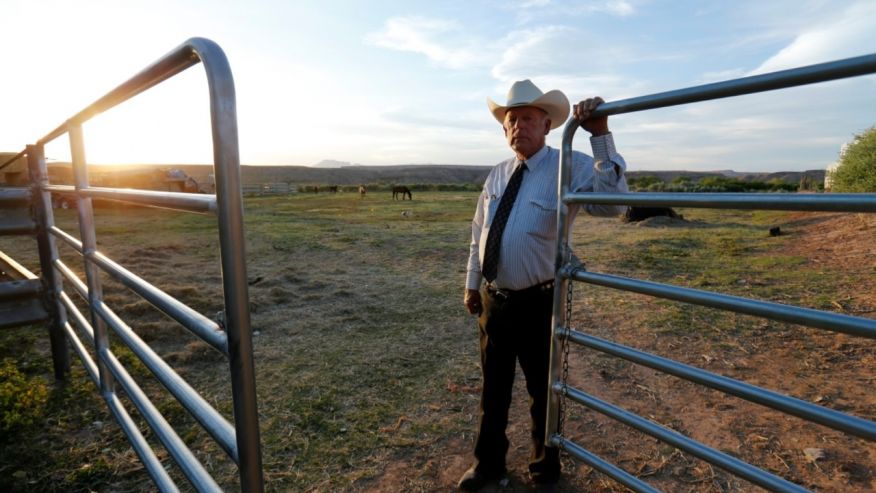 In the first round of trials in the Bundy Ranch case, federal Judge Gloria Navarro declared a mistrial for four of the six defendants after two defendants were convicted on some of the 10 counts against them.

The jury, which claimed to be “hopelessly deadlocked” on the remaining counts after returning the guilty verdicts, were sent back to deliberations.

“The court does accept the verdicts you have reached,” Judge Navarro said.

However, they were still unable to reach a verdict.

While the two convictions were seen as a victory on the prosecution’s side, the jury did not reach a verdict of guilty on the two conspiracy charges, which were at the heart of the case. According to the Las Vegas Review-Journal:

The lawyers pointed to videos of federal officers using stun guns and police dogs on Bundy’s sons in the days leading up to the standoff, and knocking a middle-aged woman to the ground. They showed the jury pictures of a First Amendment area in the middle of the desert to argue that their clients were not assaulting officers, but instead protesting what they viewed as an infringement of constitutional rights.

“They thought there wasn’t enough evidence,” Las Vegas lawyer Shawn Perez told The Arizona Republic. “At one point, they voted not guilty for two (defendants).”

“I think it should show the federal government that they have a much weaker case than they thought going into this, because we’ve now had two months of testimony from over 50 prosecution witnesses, and they couldn’t get 12 people to agree,” said attorney Todd Leventhal.

Leventhal represented O. Scott Drexler, who was one of the defendants the jurors failed to reach a verdict on any of the charges against him.

Gregory Burleson was convicted on eight counts and Todd Engel on two. Burleson, whose charges included threatening and assaulting a federal officer, obstruction, interstate travel in aid of extortion and brandishing a weapon, told a video crew made up of FBI agents that he went to Bundy Ranch to kill federal agents. He faces 57 years in prison as a mandatory minimum sentence.

Burleson and Engel are scheduled to be sentenced in July.

Burleson’s attorney has said he will file an appeal.

The mistrial effects these four men:

Judge Navarro set a new trial date of June 26. Ironically, that is the day that Cliven Bundy is scheduled to have his day in court. However, according to the Justice Department, the US Attorney has 30 days from Monday to file a rehearing petition, not the judge.

It’s possible that Burleson and Engel may face a retrial on the other counts they were charged with but were not acquitted.

The next round of trials will include Pete Santilli, Ammon Bundy, Cliven Bundy, Ryan Bundy and Ryan Payne.