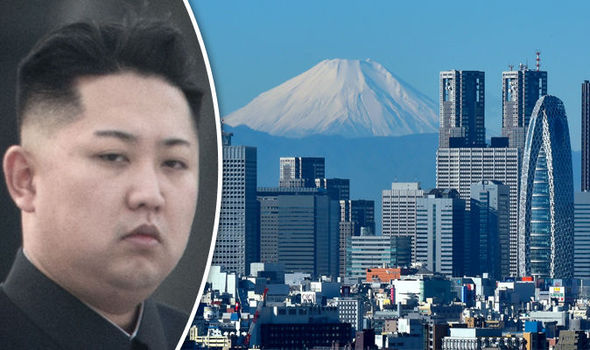 (ANTIMEDIA) Japan — As the United States begins to move elements of its Terminal High Altitude Area Defense (THAAD) system to a deployment site in South Korea earlier than expected — in the name of defending against the “evil North Korea” of the mainstream narrative — Japan is warning its citizens they’ll have little time to find safety if Kim Jong-un launches an attack.

“The prime minister’s office issued new ‘actions to protect yourself’ guidelines this week, including for the first time instructions on how to respond if a North Korean ballistic missile is heading toward Japan.”

The government’s advice, essentially, is to find cover, meaning a sturdy building or structure — in itself a largely ineffectual tip, given their own guidelines admit “It is extremely difficult to be able to pinpoint missile landing areas before their launch.”

So, randomly choose the right building and you might make it.

As to after the missiles launch and the warning bells sound, one Japanese mayor wants people to understand they’ll have precious little time to act.

“A missile may not be detected as soon as it leaves the launch pad…and that could take several minutes,” said Osaka Mayor Hirofumi Yoshimura, according to The Japan Times. “Depending on the case, the warnings and alarms might only sound four or five minutes before a missile arrives.”

Just like its counterpart in the United States, the Japanese government wants its citizens to understand that the North Korean threat is real — though, apparently, there isn’t much they can do about it should Kim Jong-un choose to attack, despite what the mainstream narrative would have you believe.