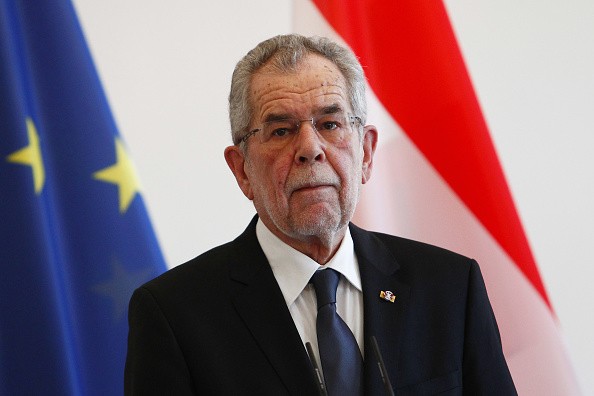 Austrian President Alexander Van der Bellen recently said that if “Islamophobia” continues in his country that they will be forced to ask all women to wear a headscarf to show solidarity.

Van der Bellen was sworn in as president in January after he defeated Freedom Party candidate Norbert Hofer in December.

While Van der Bellen claims that he believes women should be able to wear “whatever she wants,” the reality is that he is a weak leftist-minded man.

He went on to state that if Austria’s “rampant Islamophobia continue, there will come a day when we must ask all women to wear a headscarf – all of them! – out of solidarity towards those who do it for religious reasons.”

Solidarity towards those who do it for religious reasons? Back the truck up here.

Some Christian women wear a veil because of Paul’s admonition in the New Testament concerning a show of submission, which is perfectly fine, but I don’t see Austrian’s tripping over themselves to show solidarity with Christians who do that. Wait, I do. Christians don’t have a command to engage in jihad and convert by the sword. Islamists on the other hand…

Austria is composed of roughly 7% of the population that holds to Islam, according to 2014 estimates and 13.5% of all newborns in 2014 had Muslim mothers. Most Muslims in Austria live in the capital of Vienna (12.5%).

Roman Catholics largely dominate Austria. From a report in 2014, religious preferences were as follows:

So, why not call upon Muslims to show solidarity with the majority instead of demanding the majority bow to the minority in the country? Well, this is how the criminally-minded think, and why they must be stopped.

Van der Bellen’s role as president is largely symbolic, similar to the Queen of England. Yet, he has demonstrated that he is a globalist and really holds no allegiance to his country.

He has pushed for the abolition of national borders and federalizing Europe, calling it a “project of peace.”

In 2007, while running on an election platform for the Austrian Greens, he presided over his party’s campaign, which declared, “Anyone who loves Austria must be shit.”

Regarding his comments about headscarves, Breitbart adds:

His comments run against recent legislation passed by the Austrian government, who last month banned the full-face Islamic veil, known as the burqa, in public places as part of a new integration package.

In response to the ban, between 2,000 and 3,000 mainly Muslim women protested in the streets of Vienna under the slogan “MuslimBanAustria – My Body, My Right to Self-Determination,” while accusing the government of “Islamophobia”.

What needs to happen in Austria, and throughout the West is to demand that people assimilate into society, be they Buddhist, Hindu, Islamists or whatever, and the culture that was formed in the West was largely formed under the Christian banner. We really should be getting back to that and there is no neutral ground here.