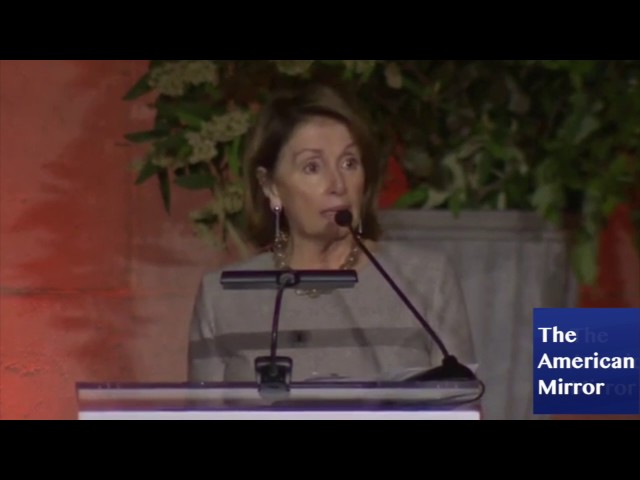 I have long thought that House Minority Leader Nancy Pelosi (D-CA) has been suffering from some sort of health problem. We know her mental capacity is not that great, but in a speech given this week, Pelosi couldn’t even pronounce some countries that she had written down in her notes and garbled many of the words she attempted to speak.

On Tuesday, Pelosi gave a brief 7-minute speech to Refugees International, and completely botched it, calling into question her physical and mental health, once again. The following video comes courtesy of American Mirror.

Pelosi congratulated honorees for their “resc… recognition.” She then went on to compliment the organization’s “strong moral varce… voice.”

She went on to say that America “degrades our values and our security when we slam the door in the face of children freeing… fleeing atrocities.”

Ironically, she never mentions the millions of babies that are being murdered in the womb, nor did she mention that fact that in large part the Obama administration was responsible for arming, training and funding the Islamic jihadis in Syria and other areas that have engaged in war and resulted in a plethora of refugees coming into the West, including the US.

But botching simple words was not her only problem. She also failed to properly pronounce a few countries’ names, even though they were listed in her notes.

“With the specter of famine looming in, over northeast Nigeria, Somalia, south “Sudon [Sudan],” and “Yuma… Yamen [Yemen],” she said.

Pelosi then took a shot at cutting foreign aid in the budget, and said it would “only deepen the crisis fighting — facing the children.”

She then added, “Children, America, children need America to be their champion.”

Again, not a peep about those more than 3,000 children who are murdered every single day in this country through abortion, which she wholeheartedly supports.

Finally, she thanked Refugees International for “channeling… challenging us to honor our values.”

Now, as I said in the beginning, I believe she probably has some mental and physical issues, but she also could be a little tipsy. Who knows? However, one thing is for certain, she needs to be replaced in Congress, and the sooner the better.