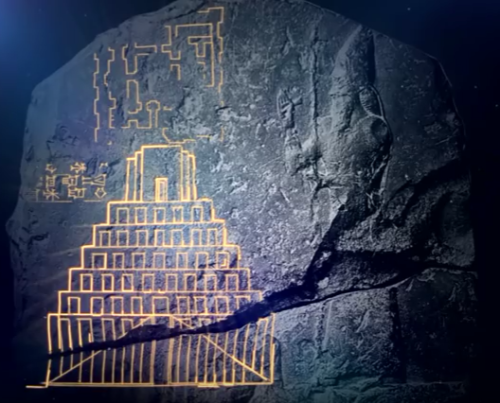 The story of the Tower of Babel is a cyrptic account in Genesis 11:1–9 of a time when everyone on earth spoke the same language. As people migrated east, they settled in the land of Shinar, the general region of ancient Mesopotamia.

Note: Ancient Mesopotamia, widely considered to be one of the cradles of human civilization, was situated within the Tigris–Euphrates river system, in modern days roughly corresponding to most of Iraq plus Kuwait, the eastern parts of Syria, Southeastern Turkey, and regions along the Turkish-Syrian and Iran–Iraq borders.

There in Shinar, the people agreed to build a city and a tower “tall enough to reach heaven” to make a name for themselves. Angered by their hubris, God confounded their speech so that they could no longer understand each other and scattered them around the world. The people stopped building the city, which they called Babel or, in Greek, Babylon.

According to the Book of Genesis, King Nimrod was the original founder of Babel and the great-grandson of Noah.

The remains of Babylon are in present-day Hillah, Iraq, about 53 miles south of Baghdad, comprising a large tell of broken mud-brick buildings and debris, as well as a number of mounds covering an area of about 1.24 mi × 0.62 mi.

A recently-aired documentary on the Smithsonian channel gives compelling evidence that the Tower of Babel may be real (h/t FOTM‘s stlonginus).

The evidence is comprised of:

By the way, why does the European Parliament building in Strasbourg, France, look so much like the painting of the Tower of Babel by the 16th century painter Pieter Breugel the Elder?

See these other cases of convergence of science and the Bible: