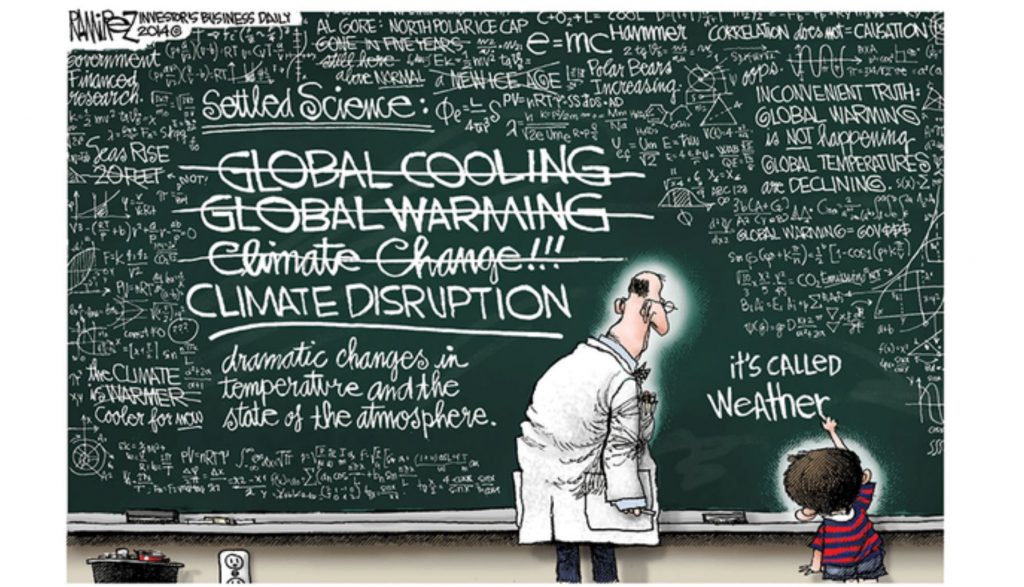 You aren’t going to believe this, but one of the Obama administration top officials, physicist Steven Koonin, has become a whistleblower regarding the “Obama administration’s manipulated ‘climate change’ data to trick the public into accepting Democrat policies.” [1-2]

So what else is new in science? It seems as if most of the feds are into ‘data washing’ relative to all the sciences, just not vaccines and pharmaceuticals! But why? Aren’t facts supposed to be the very basis of and for science? Shall we start calling it “Pinocchio science”?

Koonin spilled his scientific guts to The Wall Street Journal. The former Undersecretary of the Department of Energy said, “What you saw coming out of the press releases about climate data, climate analysis, was, I’d say, misleading, sometimes just wrong.” Pardon me, but I could have told you that just from looking at the sky and all the chemtrails being laid down.

According to Koonin’s explosive confession, departments responsible for environmental science either “misrepresented data” or “completely fabricated results” to justify the destructive policies of the Obama administration. [2]

Somehow I don’t find it very difficult to ‘believe’ scientists at NASA and NOAA actually colluded with press officers in order to create deceitful press releases to prop up Obama’s agenda. OMG!

That should be considered prosecutable crime and both Obama and those who colluded to pull off the caper should be prosecuted to the fullest extent of the law, in my opinion. Those actions seem to validate my thinking in several recent articles questioning U.S. law and justice, I’d say. How about you?

Did the Obama administration really operate on Paul Joseph Goebbel’s [the Reich Minister of Propaganda for Nazi Germany from 1933 to 1945 under Adolph Hitler] modus operandi : “People will believe a big lie sooner than a little one; and if you repeat it often enough people will start to accept it as truth”?

According to Baxter Dmitry of YourNewsWire.com, “Sadly, many people around the world accepted the lies of the corrupt Obama administration. As a result, the economy stagnated, and elites such as Al Gore and Hillary Clinton made a killing.”

However, there seems to be some degree of disconnect with regard to climate change since weather geoengineering is a documented phenomenon, and the U.S. Air Force ‘focused on weather managing’ by 2025, according to the 52-page report “Weather as a Force Manipulator: Owning the Weather in 2025,” which was produced in August 1996.

Factually, we have to question what impact Solar Radiation Management (SRM) spraying with toxic chemicals really has on weather manipulation when coupled with HAARP and other high energy beam electromagnetic pulse weapons.

Geoengineering Watch and Dane Wigington recently produced a 725-page book Geoengineering: A Chronicle of Indictment and an accompanying DVD package documenting over 7 decades of covert climate engineering available here, which needs to be taken seriously since ‘sky graffiti’ chemtrails appear over every country in the Northern Hemisphere. What’s all that about and what are the impacts upon climate, rain, drought, and other adverse and severe weather conditions of recent years?

Based upon the recent whistleblowing of former Obama administration officials about falsified science, press releases and other propaganda to manipulate political gains by the Obama administration, I think a thorough investigation must be initiated by Congress, the U.S. Attorney General and the FBI—if we can trust them too—to prosecute all involved, including the former president, for deliberate acts of sabotage and possible treason!