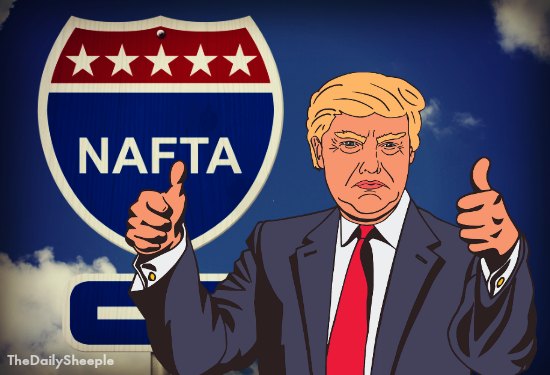 In his latest Wall Street Journal interview, president Trump has declared that he isn’t just a nationalist…

Apparently he now admits he’s both.

Yes, just after his dramatic reversal on NAFTA (and NATO), Trump has officially declared himself “also a globalist”. He told the WSJ:

“Hey, I’m a nationalist and a globalist,” President Trump said. “I’m both. And I’m the only one who makes the decision, believe me.”

A senior Toronto bank executive told the WSJ that this administrative duplicity on global trade was evident by the calls President Trump’s Chief economic advisor Gary Cohn and his Treasury Secretary Steven Mnuchin have made  on numerous occasions to senior Canadian business officials in recent weeks, assuring them that no significant changes to NAFTA are expected.