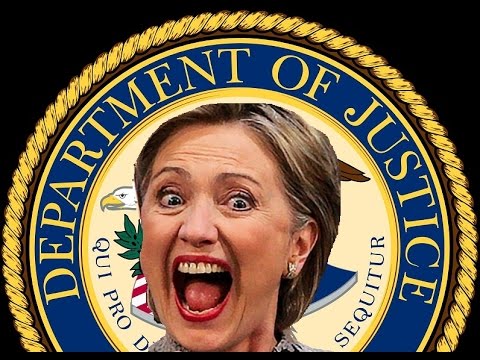 Well, it looks as if Hillary Clinton is continuing to evade the law still. Unfortunately for Platte River Networks CEO Treve Suazo, they may be facing prosecution from the Justice Department.

If you remember, Paul Combetta, even though he was offered immunity by FBI Director James Comey, was the man who wiped Clinton’s illegal private email server even though he knew there was a congressional subpoena that required preservation of all the data on it.

Now, CEO Treve Suazo didn’t get such a deal from Comey, and now he is facing charges of obstructing an investigation after he ignored several subpoenas.

Rep. Lamar Smith (R–TX) of the House Science, Space, and Technology Committee pursued Suzao for the better part of year. Now, it seems he has had enough of Suazo’s non-compliance and is referring him to the DOJ for prosecution.

Rep. Lamar Smith (R., Texas), chairman of the House Science, Space, and Technology Committee, has asked the DOJ to prosecute Platte River Networks CEO Treve Suazo for obstructing a congressional investigation into his company’s role in providing security for Clinton’s home brewed email server, which began the subject of widespread debate following revelations that it had multiple security vulnerabilities.

Senior congressional aides apprised of the situation said their investigation shows there is mounting evidence there were “pretty serious cyber security concerns” with Clinton’s server.

At least two subpoenas issued by the committee were not answered by Platte River.

As one committee aide noted, “This is atypical. There were absolutely zero negotiations, there was no willingness on their part to discuss whether any information they would provide would satisfy the committee’s request. It was just the company, with council, refusing to discuss the matter.”

How is it that the person at the center of the investigation remains free and unindicted, and yet all the people who aided her are either granted immunity for their information or are facing prosecution?

It’s been 100 days since he took office, and personally, I want to know about the one promise that Donald Trump made during the elections, and that is the promise to have Jeff Sessions appoint a special investigator for Hillary Clinton, with the hopes that she would be prosecuted. So far, I have not heard a peep. Let’s get on with that show and then fry the little fish in this little escapade.