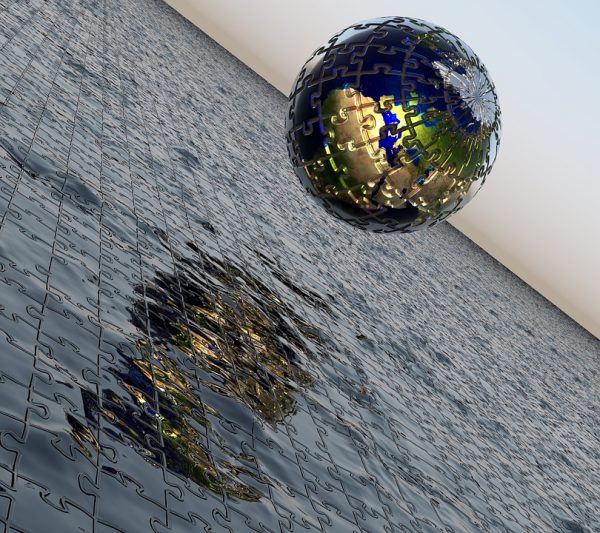 In 1968, a 90-year-old woman in Norway was given an incredible glimpse into the future. She was shown what life would be like just before World War III and the return of Jesus Christ, and what she saw is eerily similar to current conditions in our world today. When evangelist Emanuel Minos held meetings in the town of Valdres, Norway where she lived, this precious elderly lady shared what the Lord had shown to her with him. Minos wrote down what he was told, and it got put away in a drawer for 30 years. But after many of the things that she saw started to come to pass, Minos remembered the vision and decided to share it with the world.

One of the reasons why I wanted to share this vision now is because it has so many parallels to other visions that I have been sharing recently. You can read her entire vision here, but in this article I just wanted to highlight a few portions of it. One of the things that this 90-year-old woman was shown was that there would be a “lukewarmness without parallel” before Jesus comes back and that “Christians will not be open for penetrating preaching”…

“A lukewarmness without parallel will take hold of the Christians, a falling away from true, living Christianity. Christians will not be open for penetrating preaching. They will not, like in earlier times, want to hear of sin and grace, law and gospel, repentance and restoration. There will come a substitute instead: prosperity (happiness) Christianity. The important thing will be to have success, to be something; to have material things, things that God never promised us in this way. Churches and prayer houses will be emptier and emptier. Instead of the preaching we have been used to for generations -like, to take your cross up and follow Jesus, – entertainment, art and culture will invade the churches where there should have been gatherings for repentance and revival. This will increase markedly just before the return of Jesus.”

This prophecy is being fulfilled right in front of our eyes.

There is a reason why you very rarely hear words such as “sin” and “repentance” in the Christian world today. In fact, for many ministries those have become extremely dirty words. It seems like everyone wants to have “happy church”, and so the conviction of the Holy Spirit is suppressed as much as possible.

I have been thinking a lot about Steve Hill lately. Could the evangelical Christian world even handle his kind of preaching today?

One of the reasons why you won’t find a Brownsville revival in America today is because evangelists that dare to preach about sin and repentance like Steve Hill once did are run out of large churches and are blackballed by large ministries.

If you study church history, you will never find a revival without repentance.

So for those of you that claim you want revival, you better start embracing repentance.

I have previously warned about the “exposure” that is coming to the church, and if you have been paying attention to the headlines lately you know that it has already begun.

Those in ministry cannot embrace great sin and expect to get away with it. In these last days God is raising up an army, but those that refuse to live in holiness will not be able to be part of it.

Getting back to the prophecy, this 90-year-old woman was also shown the great moral decay that will immediately precede the second coming of Jesus Christ…

“There will be a moral disintegration that old Norway has never experienced the likes of. People will live together like married without being married. Much uncleanness before marriage, and much infidelity in marriage will become the natural and it will be justified from every angle. It will even enter Christian circles and we will let it – even sin against nature. Just before Jesus returns there will be TV- programs like we have never experienced. [TV had just arrived in Norway in 1968] “TV will be filled with such horrible violence that it teaches people to murder and destroy each other, and it will be unsafe in our streets. People will copy what they see. There will not be only one ‘station’ on TV, it will be filled with ‘stations.’ [She did not know the word ‘channel’ which we use today. Therefore she called them stations. -E. Minos.] TV will be just like the radio where we have many ‘stations,’ and it will be filled with violence. People will use it for entertainment. We will see terrible scenes of murder and destruction one of the other, and this will spread in society. Sex scenes will also be shown on the screen, the most intimate things that take place in a marriage.” Then the old woman said: “It will happen, and you will see it. All we have had before will be broken down, and the most indecent things will pass before our eyes.”

In addition to everything that you just read, she also saw that there would be a long period of peace between the superpowers of the east and west, that there would be a tremendous wave of immigration into Scandinavia (that is happening right now), and she was shown that World War III would involve the use of nuclear weapons.

Up to this point, everything in her vision has been fulfilled with precise accuracy, and so it would seem to be quite foolish to doubt the rest of it.

We are living at a time when a great shaking is coming to the Church and to the rest of the planet as well. Those that are on the fence right now are going to be forced to pick a side, because during the times to come there is going to be a great price for following Jesus Christ.

And we can already see this starting to happen. According to one expert, 90,000 Christians were killed for their faith last year alone…

A well-known researcher recently told Vatican Radio something shocking: More than 90,000 Christians were reportedly killed last year because of their faith, meaning that about one Christian died every 6 minutes, the Christian Post reported.

Massimo Introvigne, founder of the Italy-based Center for Studies on New Religions, gave a highlight of some soon-to-release statistics that paint a picture of how dire Christian persecution truly is across the globe. One measure he shared is the estimate that between 500 and 600 million Christians worldwide can’t freely practice their beliefs.

If you are not right with the Lord, now is the time to repent and to turn to Jesus Christ with all of your heart, because without Him none of us are going to have any chance of getting through what is rapidly approaching.