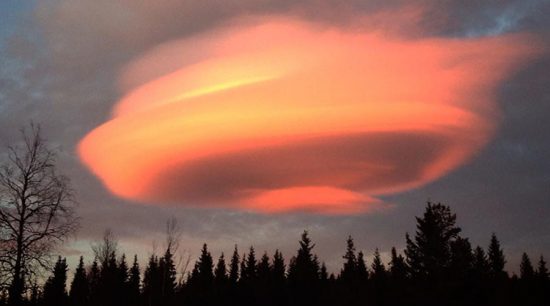 For the first time in three decades, nearly a dozen supposedly newly discovered cloud types have been added to the International Cloud Atlas.

The reason these new clouds have only recently been “found” and officially documented according to National Geographic is due to the modern-day abundance of smart phones.

So even though agencies like NOAA and NASA have supposedly been sending satellites, radiosondes, and sounding rockets by the hundreds up into the atmosphere to measure and document weather etc. for over half a century, we’re supposed to believe that now all of a sudden we have new clouds because so many people have cell phones.

We’re not, however, supposed to ask questions about those new cloud types, especially not in reference to conspiracies about weather modification or black budget military-industrial projects. We’re supposed to just believe that all these weird new clouds that most middle aged and elderly people can never remember ever seeing when they were younger have always been there but went totally unnoticed in any official capacity. Yep. All of those scientists working for multi-billion-dollar science agencies the world over whose job is to look at the sky and notice these kinds of things never officially observed them until some dude somewhere got out his cell phone and snapped a picture.

The sad part is, most of the population never looks up anymore anyway, so they’ll believe whatever they are told about what’s going on in the sky… even when it sounds like a mix between completely implausible and a fat bag of stupid.

This one, the “Undulatus Asperatus” sounds like a spell from Harry Potter and looks like the “nothing” from The Neverending Story.

Enjoy your new clouds everyone and don’t ask any questions, especially not about the long-term effects of the wide scale geoengineering experiments going on right now in the skies above your head. (Mostly because they don’t know the long-term effects, they are just going to do it anyway and see what happens.)