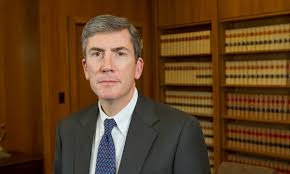 AP (via ABC7) reports that on April 28, 2017, U.S. District Judge Jon Tigar issued an order that California prison officials must:

Currently, corrections officials allow FtM “transgender” inmates to buy the specialty undergarments — a practice that Tigar said was “effectively” denying those items to inmates who could not afford them.

Although another judge had ruled that earrings, bracelets, hair brushes and hair clips could pose safety concerns in men’s prisons, Judge Tigar, noting that women’s prisons allow those items, said the items could be made from materials such as rubber that didn’t create safety risks.

Tigar’s ruling is part of a federal lawsuit by a convicted murderer, MtF ‘transgender’ inmate Shiloh Heavenly Quine, 57. Earlier, the lawsuit had led California to become the first state to provide taxpayer-funded genital mutilation surgery to an inmate. Quine, who is serving a life sentence for murder, kidnapping and robbery, had “sex reassignment” surgery this January and was transferred from a men’s facility to a women’s prison in Chowchilla.

Tigar is another Obama gift that keeps on giving.

Tigar was nominated by Obama on June 11, 2012 to be a judge on the U.S. District Court for the Northern District of California. On December 21, 2012, the Senate confirmed his nomination by unanimous consent; Tigar received his commission on January 18, 2013.