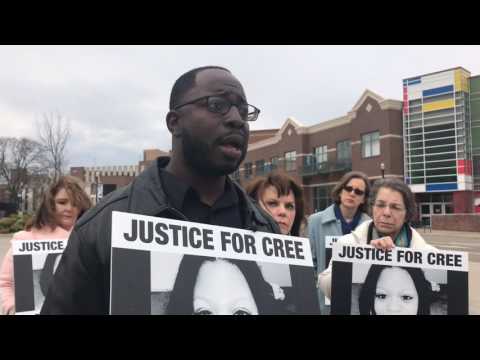 On June 30, 2016 Cree Erwin entered the Kalamazoo, Michigan offices for Planned Parenthood – three days later she and the baby she had been carrying were both dead.

After Cree’s abortion, she fell ill. Two days later she went to the hospital in severe pain, after being discharged the next day she went to stay with her mother. Later that night her poor mother found her lifeless body and their lives all changed forever.

(Warning: the following is heart-wrenching and graphic. It’s not for all listeners.)

Today, her brother, Tyler Sheppard, is a pro-life leader who is fighting to bring down the evil organization that murdered two members of his family. “It was devastating, and we all felt like it could have been avoided,” Sheppard told ChurchMilitant.com. He said that his family was tight-knit and that there would have been many offers of help if his sister would have just told them that she was feeling overwhelmed by her 2nd pregnancy. “If she felt overwhelmed and needed somebody to take the baby, more than a few of us would have volunteered,” he said. “She made the wrong decision, and we lost a loved one because of it.”

When the family tried to get clarity on what could have possibly happened, Planned Parenthood refused to release the medical reports citing privacy concerns. Then after local pro-life groups filed Freedom of Information Act requests, the local abortion mill continued to drag their feet, saying the requests had come from “curiosity seekers.” When Planned Parenthood finally released the report, large sections had been redacted – including the most relevant portions. It wasn’t until the media began taking an interest in the story that Planned Parenthood finally released the full, un-redacted report.

While Sheppard knows that his sister bears much of the responsibility for her own death, he also believes that Planned Parenthood should be held accountable for their actions. Someone dies every time an abortion is undertaken and a moral society should not allow such evil behavior to occur legally. His sister’s death has been the catalyst awakening Sheppard to the holocaust of abortion and now he’s working to bring more awareness to the culture of death in America today.

“I want to take [abortion] off the table; I don’t want it to be an option for women,” he remarked. “If abortion isn’t an option, more men and women will be responsible with how they approach sex.”

Sheppard tells women considering an abortion, “It’s not just your life; your baby has a life, too. That’s a life inside of you.”

He said his whole family feels victimized by PP’s actions and that the abortion mill has not co-operated with requests for his sister’s medical record. He believes that as a business that pushes abortion, PP won’t admit to “murdering, not only children but women as well.”

Read more on this sad story at Church Militant and LifeNews.