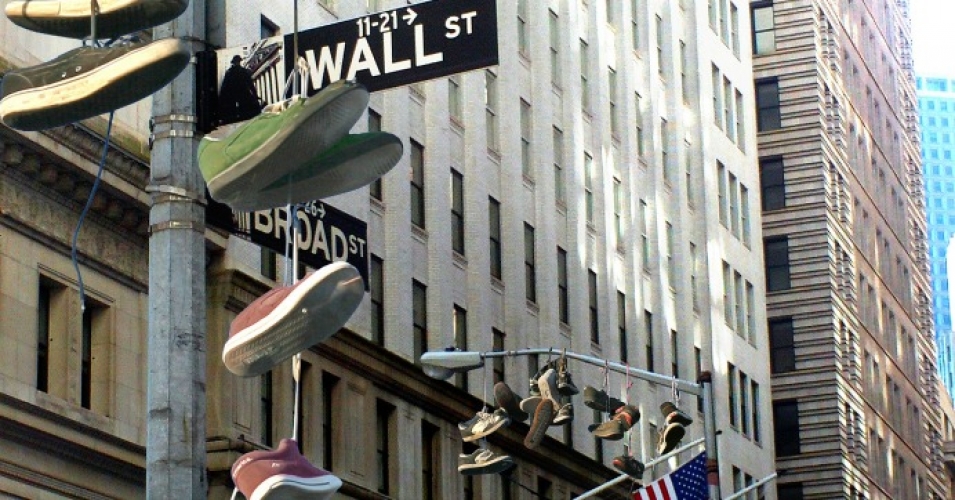 From Obama voters who chose Trump over Clinton to those who just stayed home, economics at the heart of party’s stunning loss

Underscoring previous assessments that the Democratic establishment, including the party’s 2016 presidential candidate Hillary Clinton, has “a Wall Street problem,” new polling and focus group data shows that Democrats are perceived as woefully out of touch when it comes to the economy.

The pro-Clinton super PAC Priorities USA surveyed 801 voters who backed former President Barack Obama in 2012 but who then voted for Donald Trump in 2016, as well as hundreds of drop-off voters who opted to stay home on election day. Priorities USA also conducted a series of focus groups with voters in Michigan, Wisconsin, and Florida—swing states that had voted for Obama but switched to Trump, handing him the presidency.

Reporting on the survey, the Washington Post‘s Greg Sargent wrote Monday: “One finding from the polling stands out: A shockingly large percentage of these Obama-Trump voters said Democrats’ economic policies will favor the wealthy—twice the percentage that said the same about Trump.”

Forty-two percent of Obama-Trump voters, according to the survey, believe the ultimate goal of Congressional Dems’ is to benefit the elite, compared with 21 percent who said that of Trump, despite the fact that he is a billionaire real estate mogul.

Also, 77 percent of Obama-Trump voters, Sargent notes, “said Trump’s policies will favor some mix of all other classes (middle class, poor, all equally), while a total of 58 percent said that about congressional Democrats.”

Notably, 40 percent of drop-off voters and 47 percent of Obama-Trump voters said they were either somewhat or very dissatisfied with the state of the U.S. economy. Further, 43 percent of individuals who voted for Trump despite having “mixed feelings” about him were drawn to “the fact that he is not a typical politician.” A full 53 percent from that group said their vote was “more a vote against Clinton.”

As the pollsters wrote in their key take-aways: “Clinton and Democrats’ economic message did not break through to drop-off or Obama-Trump voters, even though drop-off voters are decidedly anti-Trump.”

Sargent was also given access to video of the focus group activity, he reports:

In one, Obama-Trump voters were asked what Democrats stand for today and gave answers such as these:

“They’re for the party. Themselves and the party.”

One woman, asked whether the Democratic Party is for people like her, flatly declared: “Nope.”

The Priorities USA results were released just days after Obama set off a firestorm for receiving $400,000 for one speech to Wall Street firm Cantor Fitzgerald, scheduled to take place in September. Many criticized the exorbitant fee for being “an apparent retroactive reward for his administration’s soft stance toward the one percent,” as Common Dreamsreported.

The New York Times editorial board on Monday criticized the former president for his decision to conform to this “lamentable post-presidential model,” writing that the Democratic Party “badly” needs an alternate example to follow. Citing another recent survey of voters, the editorial continues:

As the presidential election clarified so painfully, the traditional party of working people has lost touch with them. In a poll released last week, more than two-thirds of voters, including nearly half of Democrats themselves, said the Democratic Party is out of touch with the concerns of the American people. For the first time in memory, Democrats are seen as more out of touch with ordinary Americans than the party’s political opponents. There’s little doubt that Democratic leaders’ unseemly attachment to the party’s wealthiest donors contributed to that indictment.

In a wide-ranging interview with the Guardian published Monday, Sen. Elizabeth Warren (D-Mass.), who many want to see take on Trump in 2018, lamented on the growing corporate overlap between the two major parties.

“I think left-right is less and less an accurate description of the political landscape,” she said. “Now, having said that, I think there are real differences between the Republicans and the Democrats here in the United States. The Republicans have clearly thrown their lot in with the rich and the powerful, but so have a lot of Democrats. You know, it’s a question of walking the walk on working people, on fighting for working people.”

All of this comes amid tense intra-party hand-wringing over why Democrats lost so badly in November and what they can do better next time. The Democratic Congressional Campaign Committee (DCCC) raised eyebrows last week when it refused to disclose the findings of its autopsy of the 2016 election.

Sargent asked Guy Cecil, chairman of Priorities USA, if “Clinton’s association with Wall Street was part of the problem and whether [Obama’s $400,000 speech] risked feeding it?” In effect, “Do Democrats have a ‘Wall Street problem’?”

In response, Cecil acknowledged the party should do more to take on “these systemic problems,” including putting forth a “real, forward-looking economic plan that does more than rehash the same four policy proposals from the last 20 years.”

Cecil also expanded on what he saw as the upside of the findings, that Obama-Trump and drop-off voters are hugely concerned about losing their social services and healthcare. So if Trump follows through with those cuts and if Democrats can successfully launch a “persuasion campaign,” the party might have a fighting chance in 2018.

As Intercept journalist Glenn Greenwald wrote on Twitter in response to the Priorities USA survey:  “Trying to understand why Dems have so spectacularly failed isn’t a distraction from battling Trump. It’s the key prerequisite for doing so.”

This work is licensed under a Creative Commons Attribution-Share Alike 3.0 License