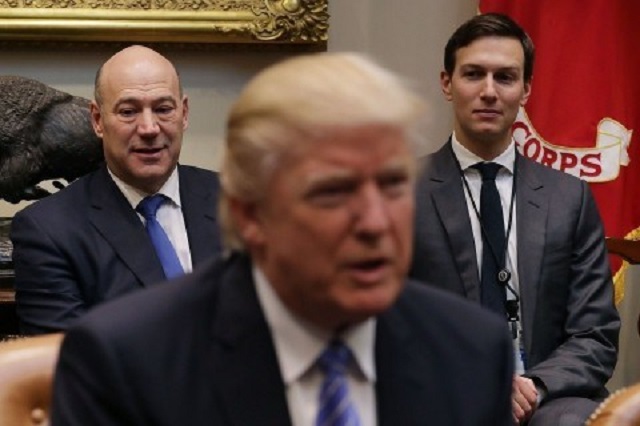 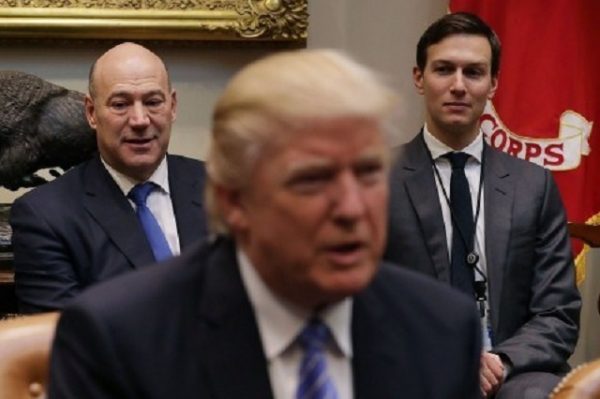 It strongly appears Trump is no longer is in control of his own presidency.

Either he’s being lied to and deceived by his staff, or more likely there’s been a deep state coup.

As we all know, the Republican’s first budget under Trump literally hands everything to the Democrats. It explicitly bans any of the $1.1 trillion they’re spending from going towards the wall and continues to fund Planned Parenthood as though Democrats were running the government. The excuse given is they want to pass an Obamacare replacement ASAP, but that’s already falling apart and there’s no reason they couldn’t work on it despite a partial, so-called “government shutdown.”

With that for context, we have this first story from this morning.

President Donald Trump indicated that he would sign the Republican Budget agreement with Democrats, despite growing dissent from his base that Congressional Republicans caved on important priorities.

“We’re very happy with it,” Trump said in an interview with Bloomberg News, pointing to the $1.5 billion for border security. “And I think it’s important that we keep moving along. I think both sides are happy.”

The $1.5 billion cannot be spent on a wall. The 1.5 billion is literal chump change in a $1.1 trillion bill. Almost $300 million is going towards Medicaid in Puerto Rico.

After an agreement was reached, Democrats crowed that they were able to save funding for Planned Parenthood and block funding for the wall, despite Trump’s campaign promises.

“In a defeat for President Trump,” House Minority Nancy Pelosi wrote in a letter to Democrats, adding that the agreement “does not fund the immoral and unwise border wall or create a cruel new deportation force.”

They’re literally openly bragging how they screwed not just Trump, but the American people who voted for his agenda. They did this before Trump made these comments too.

Trump admitted there were not any dramatic cuts, and that it still funded Planned Parenthood in the agreement, but seemed optimistic that he could fight those battles in the future.

“This is all coming due again in September, October, and we’re going to have another round of discussions,” he said.

Trump blamed Democrats for being “obstructionists” in the process, indicating he was not looking for a government shutdown showdown in the first months of his presidency.

“Look, the Democrats are obstructionists; that’s all they can do is obstruct. They have no leadership. And we have to agree, and I think both — both sides agree, we have to keep government going, we don’t want to shut government,” he said.

There is no waiting for October. His mandate is drying up fast and all this is doing is enraging his base. Mass outrage ensued after the details of this horrible bill came out and Trump responded saying the government “needs a good ‘shutdown.'”

From CNBC, “Trump: The US Government Needs a Good ‘Shutdown’ If Senate Rules Don’t Change”:

President Donald Trump on Tuesday appeared to call for a government shutdown later this year in response to a bipartisan spending deal that looks set to pass Congress this week.

In tweets, the president contended that the agreement — which funds the government through Sept. 30 — shows that Republicans must get more senators elected or change the Senate’s rules so they can push spending through with only a majority vote, rather than 60. He then wrote that the country “needs a good ‘shutdown’ in September” to fix a “mess.”

Here’s the problem: there was no “negotiation.”

The Democrats got everything because the Republicans wouldn’t force them to vote against their budget and force them to shut the government down.

October is closer to the midterm elections and the Republicans are going to be even less likely to make a stand on anything if they’re already so cowardly now in May.

This is extremely stupid, and yet Trump is not a stupid guy. He ran an amazing, highly calculated campaign and survived an onslaught from the media and establishment like the world has never seen. That said, in early April his entire demeanor changed and he suddenly launched a strike on an empty airfield in Syria and started ditching all his campaign promises. Don’t forget, Democratic Senator Chuck Schumer threatened Trump back in January telling him the intelligence community has “six ways from Sunday at getting back at you.”

Now, suddenly Trump’s giving into everything the establishment wants, saying he’s both a “nationalist and a globalist,” and murmuring about how he’ll follow through on his agenda sometime later.

Notice how the entire “Russian conspiracy” narrative was dropped in accordance with the switch? That was purely a deep state pressure tactic. Now that he’s given in, they’ve gone mostly silent and are just keeping it in the background in case he tries to pull a counter-coup.

Just taking his latest tweets in isolation, you have to ask why the hell would he tweet: “Our country needs a good ‘shutdown’ in September to fix mess!”?

Not only does that make it seem like he’s demanding the shutdown, but it puts it off for months into the future when he could simply veto the terrible bill right now. This is just terrible politics, and it only makes sense if his hand is being forced.