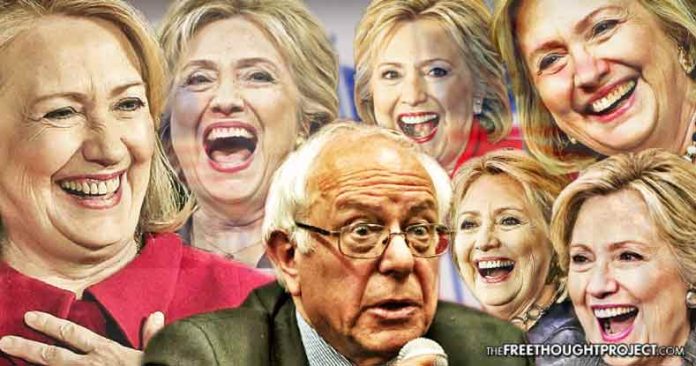 Last year, the political election process exposed Americans to more corruption and vote rigging than at any time in their history. Now, a recent lawsuit has exposed that this corruption and fraud is actually standard operating procedure.

The lawsuit, filed against the Democratic National Committee, and its former chair Debbie Wasserman Schultz, by Bernie Sanders donors reveals the DNC believes its own rules of impartiality don’t apply, and they can pick whatever candidate they wish.

“We could have voluntarily decided that, ‘Look, we’re gonna go into back rooms like they used to and smoke cigars and pick the candidate that way,” DNC’s lawyer Bruce Spiva told a Florida court.

A South Florida court presided over by U.S. Federal Judge William J. Zloch heard the defendants argue a Motion to Dismiss last week, which revealed a number of surprising arguments made by the DNC’s lawyers.

The most shocking was the argument that, despite impartiality being part of both its charter and bylaws, the DNC is free to choose the nominee it wishes, and could “go into back rooms like they used to and smoke cigars and pick the candidate that way.”

The defendants’ lawyers also argued the suit is based on an “internal rule” which cannot be enforced, and that the term “impartial” can’t be defined.

“People paid money in reliance on the understanding that the primary elections for the Democratic nominee—nominating process in 2016 were fair and impartial,” the plaintiff’s lawyer Jared Beck said. “And that’s not just a bedrock assumption that we would assume just by virtue of the fact that we live in a democracy, and we assume that our elections are run in a fair and impartial manner.”

“But that’s what the Democratic National Committee’s own charter says. It says it in black and white.”

However, as the Free Thought Project pointed out last year, impartiality was nowhere to be found.

Beginning in Iowa and eventually getting blown wide open in Arizona, the fraud and suppression of votes quickly let Americans know that the DNC was set in their rigging ways.

Examples of this fraud were captured on video, documented on paper, and even broadcast live on television.

The defendants, in their motion to dismiss the lawsuit, argued that a judge cannot determine how the DNC carries out its nomination process, noting that it would “drag the Court right into the political squabbles.”

However, Judge Zlock responded by saying, “So you are suggesting that this is just part of the business, so to speak, that it’s not unusual for, let’s say, the DNC, the RNC to take sides with respect to any particular candidate and to support that candidate over another?”

And that is exactly what voters witnessed last year.

The mainstream media was even complicit in the selection of Hillary Clinton over Sanders. As the Free Thought Project reported last year, a firestorm exploded when the AP abruptly announced Clinton had garnered sufficient delegates and superdelegates to clinch the nomination — before California even held its primary. Irate voters justifiably condemned the inexplicable announcement as premature, especially in light of California polls showing Clinton outpaced by or neck and neck with Bernie Sanders.

Whether or not the judge will rule to dismiss the case remains unknown. However, if it does go to court, Wasserman Schultz and others would be forced to give depositions. And, during these depositions, evidence from WikiLeaks, Guccifer and others will be presented.

Make no mistake, the DNC admitting to having the right to rig the 2016 democratic primary is just the tip of the iceberg. If this goes to trial, America will see even more of the dark underbelly that is the American election process.