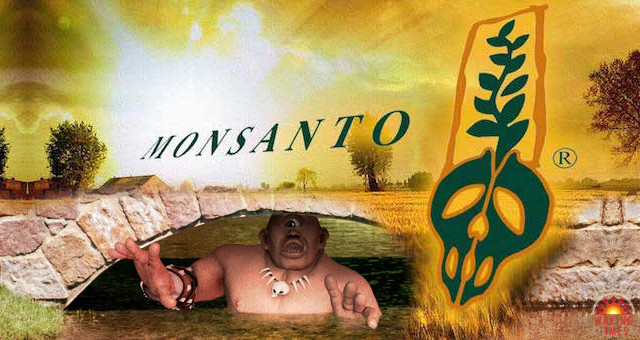 Monsanto was once blamed for having an entire department within its St. Louis headquarters for dishing out disinfo and trolling dissenters, but now there is a paper trail proving they’ve been messing with your heads.

Pre-trials for over 50 lawsuits in the US District Court in San Francisco have unearthed Monsanto’s dirty little secret – aside from the Plaintiffs’ claim that the herbicide Round Up caused their non-Hodgkin’s lymphoma.

It seems Monsanto has been hiring, through third parties, thousands of Internet trolls to counter negative comments about their products and business practices, and to promote their company with pseudo-scientific reports downplaying the probable risks of glyphosate, as well as the “inert” ingredients in their best-selling pesticides.

If you’re a savvy reader, you can see evidence of a pointed disinformation campaign. There are even trolls and shills that dismiss the “Monsanto Shill Syndrome.” These people say hateful things about the Food Babe, Moms Against Monsanto, GMO-whistleblowers, organic farmers, et al.

I can attest from my own experience writing about Monsanto’s actions for over six years now that I have had trolls follow me from one site to another to try to discredit me personally or make light of almost any argument I put forth concerning GMOs or glyphosate. However, after half the world has banned these reprehensible “crops”, are we surprised at all about Monsanto’s equally contemptible tactics?

Here’s one of my favorites to give you an example of Monsanto’s modus operandi. A commenter named ‘GMO Roberts’ once wrote: “Poor Chrissy sure is jealous of Monsanto. It is a shame that she can’t accept the fact that farmers want gmos.”

This was one of the nice comments.

While its possible this wasn’t a hired troll, GMO Roberts (and others with similar names) commented on every single article I wrote for more than three years. That’s some serious time spent arguing for GMOs and Monsanto.

I wouldn’t be surprised if ‘GMO Roberts’ and his buddies end up being exposed in the papers that are being gathered at the website of the food-safety whistleblower, US Right to Know.

The plaintiffs in California have alleged that Monsanto targeted all online materials and even social media comments that indicate potential dangers of its products, per one document released late in April. The document details the accusations further,

“Monsanto even started the aptly-named ‘Let Nothing Go’ program to leave nothing, not even Facebook comments, unanswered; through a series of third parties, it employs individuals who appear to have no connection to the industry, who in turn post positive comments on news articles and Facebook posts, defending Monsanto, its chemicals, and GMOs.”

Then there’s the additional claim that Monsanto has been filling the coffers of think tanks and fake science organizations, Universities, etc. to promote their wares. You may have seen places like the ‘Genetic Literacy Project’ and the ‘American Council on Science and Health”– “organizations intended to shame scientists and highlight information helpful to Monsanto and other chemical producers,” according to the plaintiffs.

There’s proof to boot. There are batches of emails, some written by Monsanto executives, inducing “independent scientists” to ghost write pseudo-scientific articles supporting glyphosate, Round Up, and GMOs.

It isn’t as if this is really news to any of us, but it is darned satisfying to see that the truth always comes out. This time a California court might be holding Monsanto to the fire not only for causing wide spread cancer, but proving that they used Orwellian mind control tactics to sway the public’s acceptance of their own poisoning.

This article (Docs Show How Monsanto Crushes Dissent with Thousands of Paid Trolls) was originally created and published by Waking Times and is published here under a Creative Commons license with attribution to Christina Sarich and WakingTimes.com. It may be re-posted freely with proper attribution, author bio, and this copyright statement. Please contact [email protected] for more info.