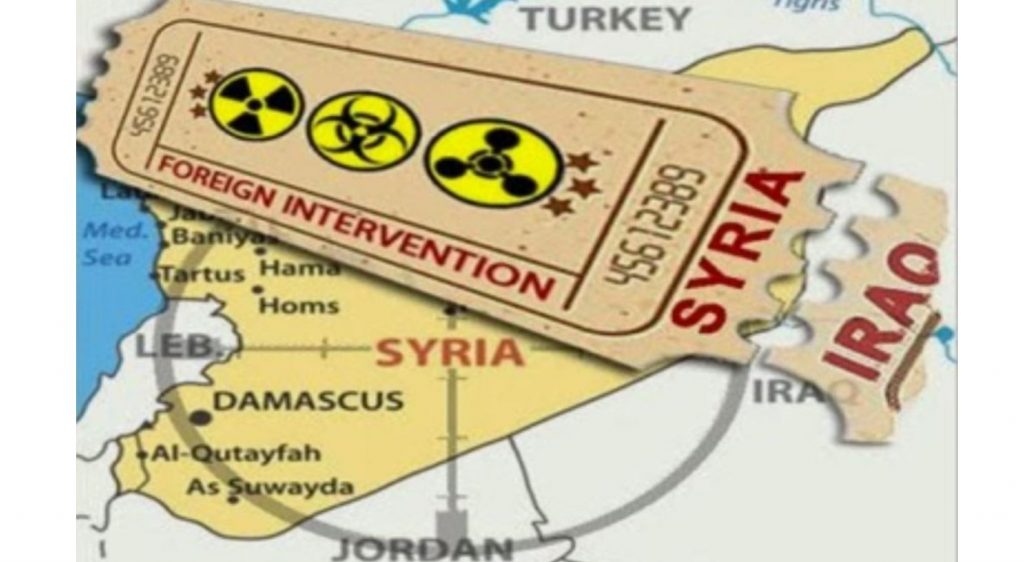 There are now new developments in Syria which could be heralding yet another false flag chemical weapons attack that would be blamed on the Syrian government. Both Iranian FARS News agency and a number of independent journalists on the ground inside Syria are reporting movement of the notorious terrorist support group and propaganda outfit known as the White Helmets that signals the possibility of such an event taking place in the near future.

Sources are reporting that the White Helmets have moved into Ariha, a town located in Idlib province. The group apparently entered the town accompanied by some civilians including children. The sources themselves are suggesting that the group may have arrived in Ariha, which is located close to Khan Sheikhoun, the site of the previous chemical weapons incident, for the purpose of staging another false flag event.

Civil sources in the Syrian city of Idleb revealed the arrival of the notorious White Helmets group in the town of Ariha, located in the southern countryside of Idleb.

According to the sources, a number of civilians were recently taken from the town of Saraqib to the town of Ariha. They were reportedly accompanied by a crew of one of the Arab satellite channels, apparently to prepare for a new provocation, similar to the alleged chemical attack on Khan Sheikhun, a town in Idleb province and which took place on the 4th of April.

This potential false flag is particularly interesting since British Parliament has dissolved ahead of UK elections. In light of Boris Johnson’s recent statements hinting at British military measures against the Syrian government and his desire to do so without consulting Parliament, the timing is certainly ripe for immediate British involvement based on a “chemical attack” blamed on President Assad’s government. Indeed, it was the idea of a “chemical attack” that Johnson cited in his transparent remarks to the BBC.In addition, independent Lebanese geopolitical media analyst, Sarah Abdallah, reported that the bodies of 23 children had been stolen from a hospital in Idlib, an act that she believes might also portend a White Helmets false flag attack in the near future. Abdallah’s information has proven accurate time and time again so her revelations are particularly concerning.

The White Helmets have long been exposed for being nothing more than al-Qaeda’s propaganda outfit, most recently having signed a document as a statement of solidarity with al-Qaeda fighters in Barada, Damascus, threatening to withhold drinking water from Syrian civilians unless the Syrian military ending all military operations there.