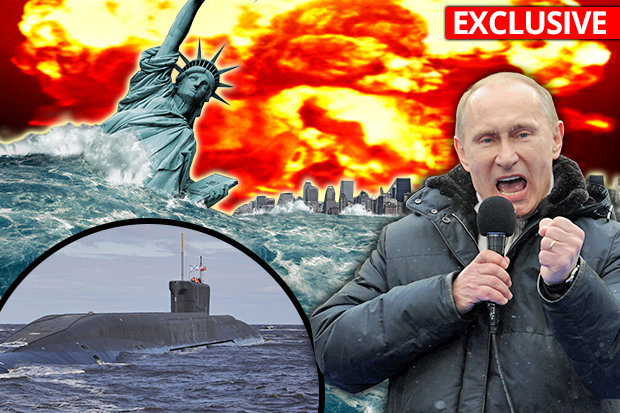 Up to 39% of entire U.S. population at risk if Russian mole nukes were to be detonated simultaneously around coastlines

(INTELLIHUB) — Former Russian colonel and Defense Ministry spokesman Viktor Baranetz told the Russian news agency Komsomolskaya Pravda that the Russian military is seeding U.S. coastlines with ‘sleeper mole nukes’ which are designed to burrow their way down into the seafloor undetected only to later be detonated at an opportune time upon command.

The former colonel said that the bombs could be detonated in the event of war and would take advantage of the vulnerability of Americans who currently inhabit the coastlines.

According to the National Atmospheric and Oceanic Administration, “In 2010, 123.3 million people, or 39 percent of the nation’s population” lives on the shoreline and “is expected to increase by 8% from 2010 to 2020.”

Additionally, Baranetz claims that the Russians non-conventional approach to such methodology and their willingness to think outside of the box is due to the asymmetrical nature of the two different militaries and the vast differences in their budgets.

Moreover, Baranetz also claims that the Russian military has designed a ballistic missile that can alter or vary its course and altitude during flight so that no computer can calculate is trajectory.

However, the Russian government has dismissed the former colonel’s ‘strange’ claims and maintains that there is no truth to them.