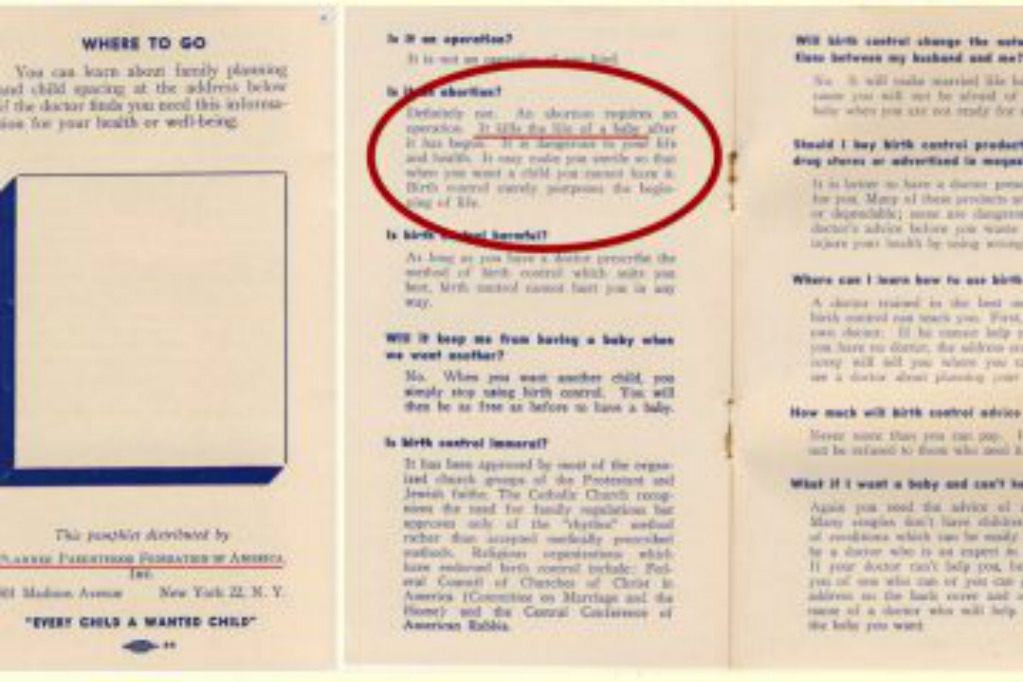 While today’s Planned Parenthood, under the leadership of liars like Cecile Richards, promotes abortion as a “safe, simple,” or “safe and effective” or “one of the safest medical procedures you can get” to “terminate a pregnancy,” at least in the past, they were honest enough to admit that abortion was neither birth control nor was it safe.

Pro-Life African Obianuju Ekeocha of Culture for Life Africa discovered some 1950s Planned Parenthood pamplets and decided to post them online via Twitter.

I just came across a @PPact pamphlet from 1952 where they say that abortion "kills the life of a baby". We should send them a copy today! pic.twitter.com/cRQgZP9WhF

Yet another @PPact pamphlet from when they told women that abortion"kills the life of a baby".This was before the days of ultrasounds. pic.twitter.com/vYfjSDlh5c

In the first post, the pamphlet is answering questions about birth control. The question posed is “Is it an abortion?” Now the answer is not fully true in that birth control pills have been known to be abortifacients and destroy the life of the baby that is conceived while taking them. However, the answer might surprise many.

“Definitely not,” the pamphlet reads. “An abortion requires an operation. It kills the life of a baby after it has begun. It is dangerous to your life and health. It may make you sterile so that when you want a child you cannot have it. Birth control merely postponed the beginning of life.”

Again, that last statement is clearly untrue as many women have been impregnated while taking birth control pills and many women have lost their babies as a result of taking those same pills.

The second pamphlet is answering the same question with the same answer, just a different PP pamphlet.

However, notice on the bottom of the second pamplet what the first page states: “Every Child a Wanted Child.”

Wow! How that has been distorted today into “unwanted pregnancies” and “unwanted children.” It’s all about the blood money that Planned Parenthood takes in from their “legalized” hitmen.

Take a listen to this chilling 911 call from a mother who found her daughter dead in the bed from complication due to an abortion that occurred just 4 days prior and let this sink in.

The Resurgent reports that Planned Parenthood is duplicitous in what it promotes now and what it advocated in the 1950s. “Despite the euphemisms they now employ to refer to the unborn, they know what they’re doing.”

Exactly, this should be grounds for bringing justice on every single employee, doctor, nurse, accountant and even the women who obtain abortions through Planned Parenthood. The Resurgent is correct, they know exactly what they are doing: Endangering women’s lives and murdering the unborn.