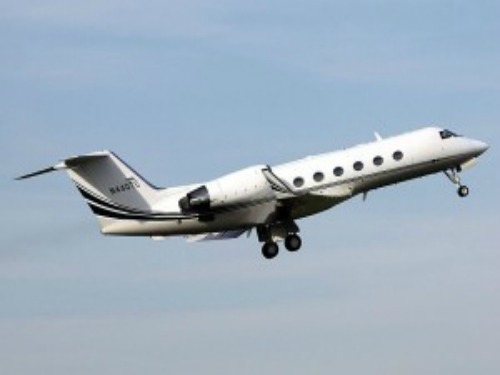 Last week, we wondered if major airlines were in some kind of twisted competition to see which could treat passengers the worst.

And, yesterday we reported that Delta – the airline that recently kicked a man off a flight because he dared to get up to use the restroom – was bumped up a notch in the rankings because an employee was caught on camera smacking a phone out of a kid’s hand.

United Airlines probably is still in first place for the Dragging and Dropping of Dr. David Dao, a 69 year-old man who was “forcibly removed” from flight 3411 a few weeks ago.

But Delta is a close runner-up for an incident that occurred on one of their flights last month.

Brian and Brittany Schear, of Huntington Beach, California, were on a red-eye flight on April 23 from Maui to Los Angeles when they were told that they had to give one of their seats to another passenger.

The ordeal began when the airline asked the family to give up a seat they had purchased that was occupied by their 2-year-old, Grayson. The airline wanted the family to carry him on their laps for the flight instead.

After the Schears tried to refuse – explaining repeatedly (and calmly) that they purchased that seat and needed to use it – the airline staff made an outrageous threat:

“You have to give up the seat or you’re going to jail, your wife is going to jail and they’ll take your kids from you.”

Despite feeling they were in the right, that threat was terrifying, Brittany Schear told ABC7 News:

The Schears filmed their encounter with airline staff and shared it on YouTube.

In the video, you can hear Brian saying, “You’re saying you’re gonna give that away to someone else when I paid for that seat? That’s not right.”

The airline staff tells him they need the seat because the flight is overbooked and the original passenger whose name was on the seat isn’t using it.

You also can hear Schear explain that initially bought the seat for his 18-year-old son, but sent the teen home early on another flight so that his toddler would have a seat on the plane.

Schear says Grayson flew in his own seat on the original flight out to Hawaii without a problem. He says Delta knew he was planning to use the seat for his younger son when they boarded their return flight.

“It’s a red-eye. He won’t sleep unless he’s in his car seat. So, otherwise, he’d be sitting in my wife’s lap, crawling all over the place, and it’s not safe.”

Later in the video, you can hear an agent telling Schear that according to Federal Aviation Administration (FAA) regulations, his 2-year-old son could not occupy a seat during the flight and would need to sit in an adult’s lap.

“With him being two, he cannot sit in the car seat,” one airline employee tells him. “He has to sit in your arms the whole time.”

Schear explained that his toddler had been strapped into a car seat in his own seat on the destination flight – on the same airline – but the agent ignored that inconvenient piece of information.

Let’s take a look at what the FAA actually says about flying with young children:

Did you know that the safest place for your child on an airplane is in a government-approved child safety restraint system (CRS) or device, not on your lap? Your arms aren’t capable of holding your child securely, especially during unexpected turbulence.

The Federal Aviation Administration (FAA) strongly urges you to secure your child in a CRS or device for the duration of your flight. It’s the smart and right thing to do so that everyone in your family arrives safely at your destination. The FAA is giving you the information you need to make informed decisions about your family’s travel plans.

Here’s what Delta’s website says about flying with young children:

We want you and your children to have the safest, most comfortable flight possible. For kids under the age of two, we recommend you purchase a seat on the aircraft and use an approved child safety seat.

An adult (18 years or older) may hold an infant or place the infant in a FAA-approved child restraint during take off and landing.

Looks like those Delta employees were either lying to the Schears, or they are entirely ignorant of both FAA and their own employer’s rules. Either option is disturbing.

It is outrageous that Delta wanted to kick a toddler out of the safest place for him to be on that plane because the AIRLINE OVERBOOKED and wanted to give the young child’s seat to someone else.

“We’re sorry for what this family experienced. Our team has reached out and will be talking with them to better understand what happened and come to a resolution.”

The airline also told ABC7 that the family was not kicked off the plane because the flight was overbooked, but did not elaborate or offer any other details as to why the family was booted from the flight.

Eventually, Schear did agree to hold Grayson in his lap so the family could remain on the flight, but an agent told him it was too late, saying his family would either have to exit the plane or the crew would have to deplane all of the passengers.

“So we’re getting off this plane no matter what now?” Schear asked.

“I told you guys at the beginning you had two options and now it’s come too far,” an agent responded.

“I have two infants,” he said, “and nowhere to stay. There’s no more flights. What are we supposed to do — sleep in the airport?”

“At this point, you guys are on your own,” she said.

So, around midnight, the Schears ended being kicked off their flight, and were left having to search for a hotel room and pay $2,000 for another flight the next day, on United.

Delta reached out to the Schears yesterday to gather more information – after the family posted the video showing their ordeal on YouTube and Facebook.

Bounced off an overbooked flight with their 2 babies. SoCal couple threatened with arrest. How is this still happening? Next at 11 on ABC7 pic.twitter.com/ZjuR3oOHxO

The airlines use police to solve their customer service problems. Can't make a good schedule? Arrest the customer. #policestate #plutocracy

The new age trend will be. "I survived an overbooked flight."

Look how hostile this officer behaves. Do we really want officers who show citizens contempt? No! Say "no" to sociopaths in law enforcement!

Omg I worked for delta in hawaii.

Evil, we never did stuff like this. We offer big bucks if no one gave up their seats we'd close her up and let her go. How times hve changed

This is only going to become more common until we start jailing the real offenders. I guess us regular folk don't get Senate hearings.

If I had the money I'd be creating a new air travel system and eat these companies lunch. Major indurtry overhaul needed.

Foster care? That's an unethical statement. That cop should be fired and I hope the couple sues the airline and gets good money for it.