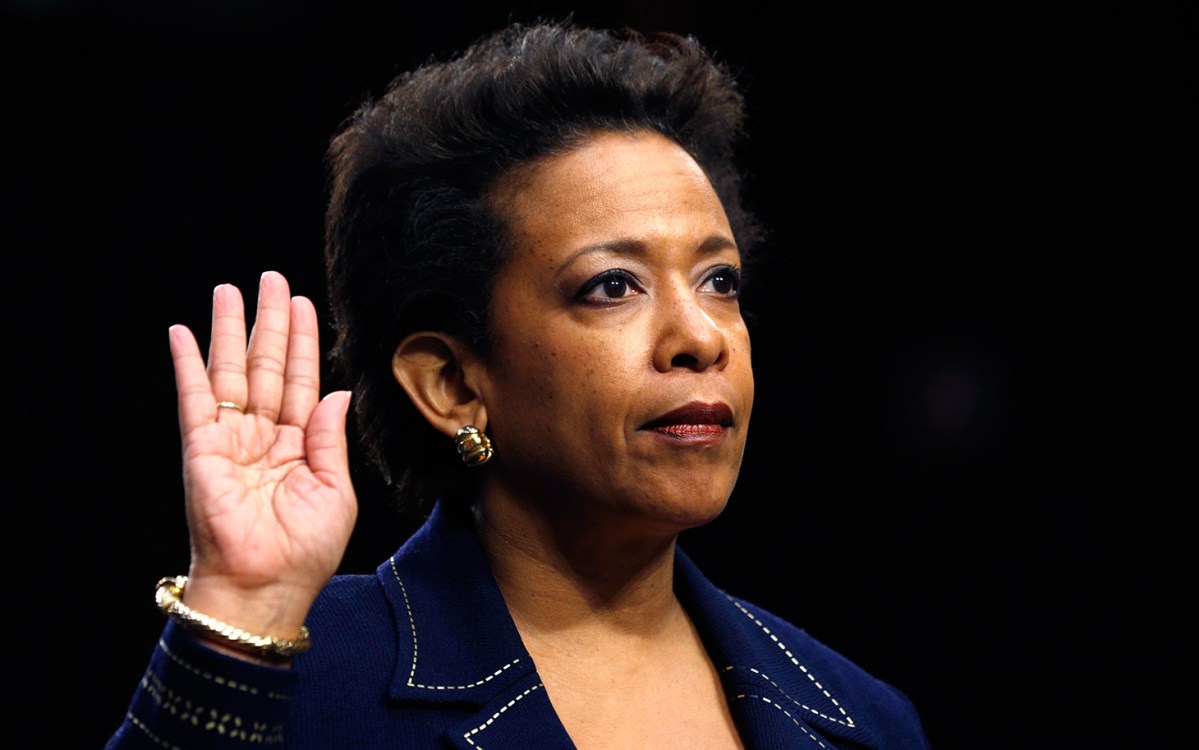 Virtually unnoticed by the majority of corporate media, on Wednesday — in a hearing before the Senate Judiciary Committee on the FBI’s oversight of an investigation of Hillary Clinton’s emails — Director James Comey revealed a murky effort as outlined in an undisclosed document by Attorney General Loretta Lynch or her associates to ensure the former presidential candidate would not be charged.

No matter what was divined during that investigation, this peculiar document apparently evinced the thwarting by Lynch and associates of any effort to hold Clinton accountable.

But Comey, mildly recalcitrant in testimony due to the classified nature of ongoing investigations, refused to reveal any details about the ostensible document — or about why Lynch would have employed such extreme protectionism on the topic of Clinton.

A report from the New York Times last month first discussed the ostensive contents of this mystery document and its implications, stating it appeared Comey and his associates harbored misgivings about the oversight of their bosses at the Justice Department — and whether or not their biases would allow for a neutral probe.

Speaking on condition of anonymity with more than 30 current and former law enforcement, congressional, and other officials, the Times found Comey’s quasi-rogue attitude toward supervisory departments and tradition of bureau secrecy caused friction between the DOJ and FBI — and extended specifically to his direct boss, Lynch.

Lynch, the Times inquiry found, refused even to allow Comey to publicly term the probe of Clinton an “investigation” — over fears such semantics would prejudice the public against the former secretary of state.

“His misgivings were only fueled by the discovery last year of a document written by a Democratic operative that seemed — at least in the eyes of Mr. Comey and his aides — to raise questions about her independence. In a bizarre example of how tangled the F.B.I. investigations had become, the document had been stolen by Russian hackers,” the Times reported.

Of course, the theory Russian hackers actively subverted the U.S. presidential election — enjoining willing and tacit participants in a scheme to both leak information and insert pro-Russian, anti-Clinton propaganda — has never been unassailably proven.

Nevertheless, the Times reports officials from the U.S. Intelligence Community were, at times, privy to information hacked by The Russians — and even received a cache of hacked documents for perusal.

That Lynch, or someone close to her, intended to undertake a Herculean effort to ensure Hillary Clinton would survive the crucial probe over wrongdoings and misbehavior — as putatively revealed in this undisclosed, explosive document — comprised one bit of information seen by the Russians, Comey worried. Continued the Times report,

“The document, which has been described as both a memo and an email, was written by a Democratic operative who expressed confidence that Ms. Lynch would keep the Clinton investigation from going too far, according to several former officials familiar with the document.

“Read one way, it was standard Washington political chatter. Read another way, it suggested that a political operative might have insight into Ms. Lynch’s thinking.

“Normally, when the F.B.I. recommends closing a case, the Justice Department agrees and nobody says anything. The consensus in both places was that the typical procedure would not suffice in this instance, but who would be the spokesman?

“The document complicated that calculation, according to officials. If Ms. Lynch announced that the case was closed, and Russia leaked the document, Mr. Comey believed it would raise doubts about the independence of the investigation.”

Even the very existence of this damning document has never been proven — perhaps due to its incendiary contents.

“How, and when, did you first learn of this document? Also, who sent it and who received it?” Grassley queried the FBI chief.

“That’s not a question I can answer in this forum, Mr. Chairman, because it would call for a classified response,” Comey stymied. “I have briefed leadership of the intelligence committees on that particular issue, but I can’t talk about it here.”

Grassley, not content at the stonewall tactic, pressed further in a similar vein, asking,

“What steps did the FBI take to determine whether Attorney General Lynch had actually given assurances that the political fix was in no matter what? Did the FBI interview the person who wrote the email? If not, why not?”

Comey balked, however, refusing on the same grounds his answer would be considered classified — and maintained that position, even when Grassley noted the FBI had yet to answer the Committee’s request to view the contentious document, described occasionally as an email, replying,

“I’m not confirming there was an email, sir. I can’t — the subject is classified and in an appropriate forum I’d be happy to brief you on it. But I can’t do it in an open hearing.”

Lynch’s apparent loyalty to Clinton came into sharp focus on a number of occasions — including in a private meeting on an airport tarmac between herself and former President Bill Clinton — amid the ongoing investigation of Secretary Clinton, which Lynch at least semantically opposed.

Senator John Cornyn, in questioning Comey, pointed to both the unrevealed email or document and the tarmac meeting that exploded international ire for its brazen indiscretion, stating,

James Comey maintains the bureau “made right decisions” in its investigations, no matter the alleged ambivalence from his boss, Loretta Lynch — but, in order to earn the trust of Congress and the American public, it would behoove the FBI or any other entity in possession of the startling document to reveal its contents to the world.