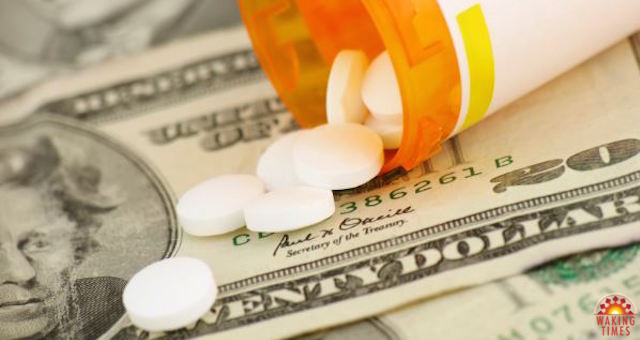 There is not lack of controversy in the pharmaceutical industry, particularly when it comes to drug prices. Unethical, profit-generating tactics used by Big Pharma have never been clearer than the recent actions taken by South African Aspen Pharmacare. This company tried to drive up the price of five different cancer drugs as much as 4,000 percent. Moreover, it threatened to stop supplying the much-needed medication if health authorities didn’t agree to the higher prices.

Aspen Pharmacare purchased the rights to five different cancer drugs from British firm GlaxoSmithKline (GSK) in 2009. As part of the deal, GSK became one of Aspen’s main investors. It received 16 percent stake in the company, which it sold off in 2013 and 2016.

In 2012, Aspen started to raise cancer drug prices in major European markets such as Britain, Spain and Italy. The Times reports:

When Aspen purchased the rights from GSK, it dropped the brand names. In Britain, the drug maker was able to exploit a loophole that allows companies to raise drug prices for unbranded generics.

In mainland Europe, Aspen targeted health authorities with its price hikes. The Times claims that it has documents and internal emails that show how Aspen “took an ‘aggressive’ approach to negotiations, sometimes creating shortages of the medicines or threatening to stop supplying the drugs altogether to force health authorities to accept its demands.”

For example, Aspen pressured Italian authorities to pay price increases of up to 2,100 percent. The increase took effect over only three months. Moreover, Spanish authorities faced price hikes of up to 4,000 percent. The Spanish Ministry did not agree to pay the higher prices. As a result, Aspen stopped supplying the Spanish market with its five cancer drugs.

In addition to busulfan, Aspen purchased rights to mercaptopurine, a treatment for acute lymphoblastic leukaemia, which occurs in children. Some of Aspen’s medicines treat several types of cancer particularly prevalent among the elderly.

Price gouging by drug makers is not exclusive to Aspen Pharmacare or the European region. Currently, the United States is one of the most lucrative markets for Big Pharma. This isn’t just because of the sheer amount of people in the U.S. population who take prescription medications. More importantly, in the U.S. drug companies are charging up to 10 times as much for pharmaceuticals when compared to other developed countries.

This article (Pharma Company Threatens Shortages to Hike Up Cancer Drug Prices by 4000%) was originally created and published by Waking Times and is published here under a Creative Commons license with attribution to Alex Pietrowski and WakingTimes.com. It may be re-posted freely with proper attribution, author bio, and this copyright statement.