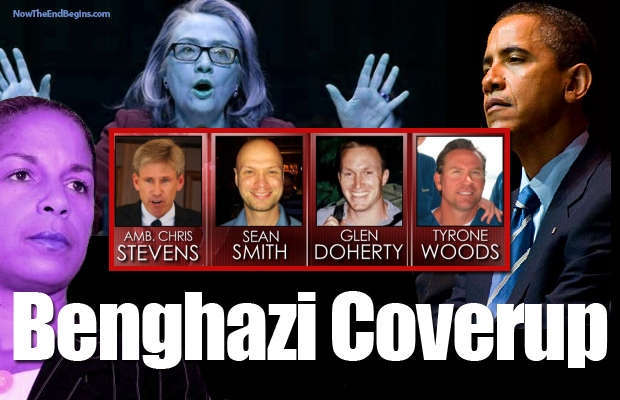 “What did the president know, and when did he know it?” These are the now famous words of the late Senator Howard Baker (R-TN) when he referenced President Richard Nixon concerning the Watergate scandal. Now, a federal court has ruled the State Department must turn over Hillary Clinton’s emails that detail Barack Hussein Obama Soetoro Soebarkah’s response to Benghazi, and just maybe we will have documented evidence of what he knew and when he knew it.

The subject line of both emails was “Quick Summary of POTUS Calls to Presidents of Libya and Egypt.” These emails were stored on Clinton’s illegal email server.

Jackson ruled in Judicial Watch’s favor saying that the government documents have not been properly withheld under the Freedom of Information Act (FOIA) exemption.

According to her ruling, “the two records, even if just barely predecisional, are not deliberative. [The State Department] has pointed to very little to support its characterization of these two records as deliberative, and the Court’s in camera review of the documents reveals that they do not fall within that category.”

Of course, the State Department claimed that its failure to claim the emails were classified, something that should raise more eyebrows seeing that it was on an unsecured, illegal email server, should be taken into consideration under the exemptions pertaining to FOIA.

Judicial Watch claimed that it was not a mistake, but rather a deliberate effort by the State Department to protect Clinton and the agency by avoiding identifying emails on Clinton’s unofficial, non-secure email server as classified.

Judicial Watch’s filing cites an interview of an FBI employee who told federal investigators that top State Department official Patrick Kennedy pressured the FBI to keep Clinton’s emails unclassified. The employee told the FBI he “believes STATE ha[d] an agenda which involves minimizing the classified nature of the CLINTON emails in order to protect STATE interests and those of CLINTON.”

Judicial Watch’s filing also cites an interview of a State Department employee who told the FBI that the State Department’s Office of Legal Counsel interfered with the FOIA processing of email from Secretary Clinton’s server, instructing reviewers to use Exemption B(5) (deliberative process exemption) instead of Exemption B(1) (classified information exemption). According to the FBI interview:

STATE’s Near East Affairs Bureau upgraded several of CLINTON’s emails to a classified level with a B(1) release exemption . [Redacted], along with [Redacted] attorney, Office of Legal Counsel, called STATE’s Near East Affairs Bureau and told them they could use a B(5) exemption on a upgraded email to protect it instead of the B(1) exemption. However, the use of the B(5) exemption, which is usually used for executive privilege-related information, was incorrect as the information actually was classified and related to national security, which would be a B(1) exemption.

An agency’s deliberate withholding of a FOIA claim, either to gain a tactical advantage or, as appears to be the case here, to protect the agency’s interests and those of its former head, is “a motive undoubtedly inconsistent with FOIA’s broad remedial purpose …” It “counsels denying the Government’s request.”

“Does President Trump know his State and Justice Departments are still trying to provide cover for Hillary Clinton and Barack Obama?” said Judicial Watch President Tom Fitton. “An extraordinary court ruling that could result in key answers about the Benghazi outrage is being opposed by the Trump administration. This may well be an example of the ‘deep state’ trying to get away with a cover up – if so then the Trump administration must put a stop to it.”

Of course, he knows. He promised to appoint a special investigator Mr. Fitton. Have we heard a peep about that? Nope, but we heard him back peddle on it immediately after he was elected.

Judicial Watch sought “All records related to notes, updates, or reports created in response to the September 11, 2012 attacks […] Libya… [and was] not limited to notes taken by then Secretary of State Hillary Rodham Clinton or employees of the Office of the Secretary of State during the attack and its immediate aftermath.”

Judicial Watch has the State Department tied up with releasing hundreds of documents related to Benghazi.

There is no doubt in my mind that Obama and Clinton both were lying about what they said took place on that night. Here are just a couple of examples:

There are several things we do know about that night concerning what was going on at the White House.