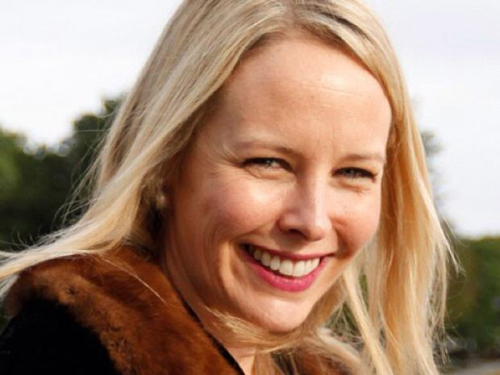 The author of this piece is Leah McLaren, a Canadian author and newspaper columnist. She’s also a proud libtard who likes to mess with others’ children as well as her own. From her past, according to Wikipedia:

“Leah McLaren came under fire for a controversial column she wrote for The Globe and Mail on March 22, 2017 where she admits she once attempted to breastfeed the infant child of Conservative leadership candidate Michael Chong without his or his wife’s consent, and while she was not lactating. The paper later removed the piece from its website. Five days after its publication Chong confirmed via Twitter that the incident occurred over ten years previously, describing it as “no doubt odd, but of no real consequence.” To make her story true, McLaren would have been at least 29. On March 30, 2017 the Toronto Star reported that McLaren was suspended for one week by The Globe and Mail.”

The author is also divorced; her 2009 marriage ended in 2011 (her ex-husband is not the father of her children, from what I can interpret). In her own words:

“From the beginning, Patrick and I prided ourselves on having a modern marriage. I never considered taking his name. We shared no assets, not even a bank account. I owned a house in Toronto, he had the cottage in Muskoka—our marital home was a furnished rental flat. We even had separate book and music collections thanks to the wonders of Kindle and iTunes. Apart from the piece of paper declaring us legally married, there was nothing tangible holding us together. And that was the way we liked it.”

Man, I feel sorry for her kids.

From The Globe and Mail: The other day I was sitting in the park with James, 3, when I picked a dandelion and handed it to him as a present. “No way, Mummy,” he said, pushing away my gift. “Flowers are pretty and I’m a boy.”

And I thought: That’s it. I’m signing him up for ballet.

Until recently, I’ve been quite happy to be surrounded by boys in all their stereotypical boyishness. I don’t have to struggle with what most parents of girls I know refer to, shudderingly, as “the whole princess thing.” And frankly, from an aesthetic as well as political perspective, I have always been glad of it.

Thank god for boys, who just muck about in their saggy track pants, smashing up toys and teaching each other to belch the alphabet (Freddy, 7, can now get all the way up to “K” in one breath). Sure, they’ll destroy the furniture building forts, but at least they won’t fill your house with plastic engagement rings and insist on wearing hideously flammable poly-blend prom dresses for five years straight.

Boys loathe that stuff, and as a feminist mom so do I – so we’re on the same page then, right? Wrong.

As James gets older and begins to discover himself, I realize that he is being guided just as much by what he vehemently rejects as what he genuinely loves (zombies, magic, ice cream, dogs and dancing). Some of the things he now pushes away he truly seems to dislike (yogurt, itchy sweaters, going to bed), but other things he is starting to turn on for reasons of obvious cultural conditioning.

James isn’t entirely sure who he is yet, but he definitely knows what he’s not, and that’s 1) a baby or 2) a girl. Lately, anything that falls into either of those two categories is verboten to him.

When his older brother complained about having to watch Frozen because it was “girlish,” James instantly struck it off his list of favourite movies and now refuses to play Elsa and Anna even when his best nursery school girlfriends insist.

You might think this is no big deal, that my son is just behaving “naturally,” but I’m automatically wary of notions of biological determinism. When he hands me back a flower because pretty things are for girls, I think, what’s next? Kindness? Decency? Dancing?

Jerramy Fine is an American expat in London and what you might call a professional princess advocate. She’s a royalist by trade and nature and her latest book, In Defense of the Princess, is an unapologetic argument in favour of letting your daughter drown herself in plastic tiaras and fairy-tale fantasies.

In her view, “second wave princesses are headstrong and independent. They engineer their own fates and believe that respect is a precursor to love. And if there is one thing any of the modern princesses are not doing, it’s sitting around waiting to be rescued.”

I’ve known Fine for years, and the whole time she has been trying to convince me of the inherent value of princess culture and all things pretty, sparkly and “feminine” (her term – and one I automatically reject). She even dragged me to the Princess Diana biopic after I made her come with me to see Meryl Streep play Margaret Thatcher.

Both movies were pretty bad, but if I had to pick a role model, I’d still choose the Iron Lady over the people’s princess (subtract the union busting of course).

But as I watch my son reject flowers and dolls and even pink Popsicles – all things that until, very recently, he adored – on the grounds that they are “girlish,” I have come to see Fine’s point. There is something inherently sexist, even covertly misogynist, in the way we discourage boys away from pretty things while telling girls they can have it all.

This sort of messaging is a bad thing for boys because it’s culturally limiting, but in the broader sense it’s even worse for girls. Because what it is saying is this: Boy stuff is universally cool and girl stuff is silly and worthless.

“Encouraging boys to reject princess culture is dangerous because what other traditionally feminine concepts are they in turn going to reject later on?,” Fine pointed out the other day. “Will they see romantic love as abhorrent? What about parenting and housework? Or even just being polite?”

Much as I dislike the idea of anything being categorized as inherently feminine or masculine, it’s hard to explain poststructuralist gender theory to a three-year old. For James, the world is pretty much binary at the moment, and trying to shift that perspective – little by little – has become my pet project. It’s also a window into what a strange place the world must be for transgender or gender-non-conforming kids.

If I want my son to love and respect women, I am going to have to teach him to embrace – and ideally appreciate – “girlish” things. That’s why I’m weaving him a dandelion crown and signing him up for ballet.

I’m going to turn the little alphabet belcher into a proud princess whether he likes it or not.