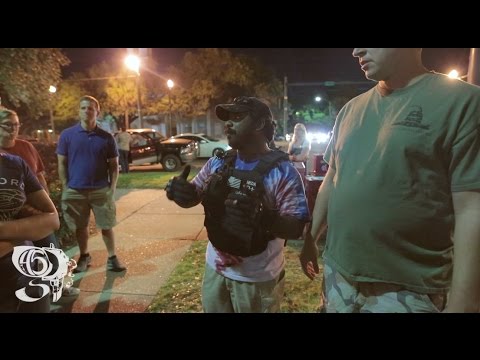 NEW ORLEANS (INTELLIHUB) — Deputy mayor Ryan Berni was riding shotgun with ANTIFA during their siege of the Jefferson Davis Monument last Monday and stood down along with police as people were being assaulted by a group of approximately 270 rock throwing ANTIFA thugs, eyewitnesses say.

“The cops only got involved once we started fighting back,” an anti-ANTIFA protester said.

According to one witness, a woman who was wearing a “stab-proof vest” ended up getting slashed in the thigh by ANTIFA thugs who were “trying to kill her.”