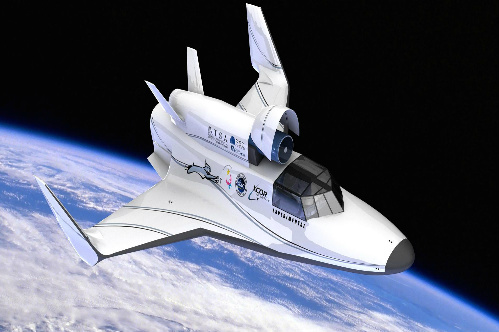 Living in California is already hard enough on those who are being taxed to the hilt. But the Golden State thinks that it needs to make sure they generate more income, and now the socialists in charge want to tax space flights by the miles traveled.

Although this seems like it could be a joke, it isn’t. This is actually being considered in California, and will likely pass based on the state’s history of expanding taxation. The politicians in the state seem to spend their time in two ways – taking away rights and freedom, and finding new ways to tax people. According to Zerohedge, they think they’ve found just the right thing to tax now too.

California wants to collect taxes from space transportation companies based upon, a formula (that the state has invented, of course) of how frequently a company launches space crafts out of the state, and most absurdly, how far a commercial spacecraft travels from California soil. The only thing this will likely ensure is that space companies will run from California taking their money, and any “space tax” with them. This state has serious problems. The voters and politicians are destroying their own economy, and the worst part is, not many of them can even see it.

Currently, the space launches in California take place at Vandenberg Air Force Base, in Santa Barbara. The state of Califonia’s politicians are now claiming that the space for 62 miles above the ground belongs to them, so they may tax it at will. But perhaps the most ridiculous part of this tax, is that the space companies are backing the tax, insisting it “clarifies” their tax status. Say what?

In a letter to the California Franchise Tax Board obtained by Quartz, SpaceX CFO Bret Johnsen writes that “without the proposed regulation the standard apportionment rules are unclear as applied to space transportation companies. The proposed regulation provides certainty for us, as well as other taxpayers in the industry, for our California franchise tax filings going forward.” –Quartz Media

Anyone rallying behind more money being stolen from them is simply off their rocker. While commercial passenger-carrying space flight is still at least a year away from reality, the state of California is getting ready to tax, just in case. This week, the state announced their proposal to modify its tax code to include space travel. If you love paying taxes, California is the place for you.

Virgin Galactic has said it is hoping to shuttle its first space tourists next year, according to Travel Pulse. It isn’t ready to shuttle humans just yet, but when the company is ready to fly into space, California will be ready to claim its share of that revenue.

The proposed tax code is not just applicable to companies that specialize in space travelers but it also applies to all space transportation, including cargo hauls. Further, the tax rate will apply to any company planning to launch a spacecraft from California, whether or not they are a California-based company. On the other hand, California companies launching elsewhere will be exempted from the space mile regulations. –Travel Pulse

All of that seems like a really good reason for space companies to pack up and restart in a different state. Soon, California will run out of new things to tax. But have no fear. The state will simply raise the amount of taxes paid on everything at that point. It’s really no wonder why the state is experiencing an exodus of people by the millions.