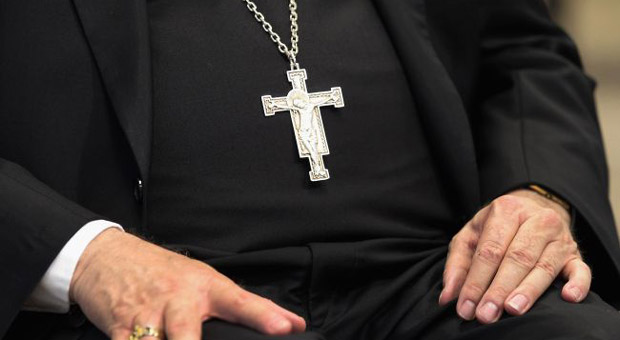 A pedophile priest with HIV, who admitted to raping 30 young girls between the ages of 5 and 10 years old, has been absolved by the Roman Catholic Church and will not face criminal charges.

The priest Jose Ataulfo Garcia was acquitted of any crime by the Archdiocese Primada de México after confessing to have sexually abused dozens of girls in the indigenous community of Oaxaca, reports the platform ‘Anonymous’ of Mexico. The crime of abuse and rape of 30 girls between the ages of 5 and 10, admitted by the cleric himself, adds to the fact that Garcia is a carrier of HIV.

Neither the State of Mexico nor any organization defending the rights of children has spoken about this acquittal, probably due to the respect that the Catholic Church inspires in indigenous areas. In addition, this religious institution has a great influence in Mexican institutions: of the large number of victims, only 2 dared to officially denounce.

One of the victim’s mother wrote a letter to the Pope asking to speak to him, but she was shunned by the Vatican ant old “the matter is closed.”

Only two out of the thirty rape victims have stepped forward to decry the acquittal.

Pope Francis says these kinds of actions by the church are designed to make a “more merciful church.”

Sadly, what it does is create a soft environment for pedophiles to breed and rape more children. The Roman Catholic Church has had a long history of pedophilia and sodomy across the globe, including the US.

Jay Greenburg references The Boston Globe in his commentary on what the church has engaged in.

The issue was thrust into the national spotlight in 2002 when the Boston Globe revealed the extent to which the local archdiocese shielded abusive priests from being exposed to the public even though it knew they posed a danger to young parishioners. The Globe exposé, which detailed abuse cases that numbered in the thousands over a span of several decades, inspired other victims to come forward, leading to an avalanche of lawsuits and criminal prosecutions.

Not only did the floodgates open in the US, but the Catholic Church was also forced to confront cases in other countries, including Mexico.In 2004, the Vatican re-opened a prior investigation against Marcial Maciel, who was accused of sexually abusing minors as well as fathering six children by three different women.

Though the allegations spanned decades and the extent of his crimes was known to church officials, it was only in 2006 that the Vatican forced Maciel, one of its most powerful clergymen, to retire from active ministry.

Jesus was specific when He addressed what one does to little children.

But whoso shall offend one of these little ones which believe in me, it were better for him that a millstone were hanged about his neck, and that he were drowned in the depth of the sea. -Matthew 18:6

Can there be true mercy from God for such actions as this priest committed? I sure hope so. The apostle Paul was one who received mercy from God and he persecuted the Church. However, I’m not so sure that absolves someone from facing the consequences of their actions. The Roman Catholic Church is sending a message that they care more about protecting a criminal in their midst rather than bringing justice on behalf of his victims.