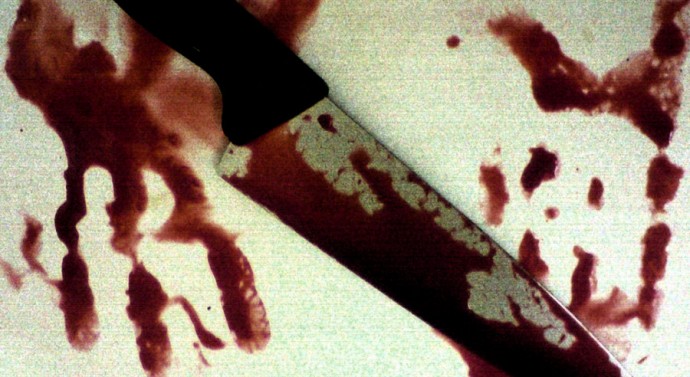 A 38-year-old mother of two was brutally stabbed and had her throat slashed in front of her two young children in broad daylight by an Afghan migrant in Germany as people watched in horror. This is what German Chancellor Angela Merkel continues to allow into her country.

On April 30, German news outlet Abendzeitung reported on the attack.

On Saturday, a 29-year-old Afghan has stabbed a 38-year-old female woman. The suspect was now handed over to a closed psychiatric institution.

Prien – After the horrible bloodshed on Saturday night in Prien, the suspect 29-year-old Afghan was placed in a closed psychiatric facility, as the police reported on Monday.The prosecutor ordered an autopsy of the killed woman.

The drama took place at 6:45 pm in front of the Lidl in Prien. Probably the 38-year-old with her five and eleven-year-old children was just on shopping trip, when she was attacked by the 29-year-old. Before the eyes of her children, he stabbed the woman several times with a knife.

According to RT, the mother was a fellow Afghan and was attacked because she had become a convert from Islam to Christianity. Of course, we all know what the Koran teaches about that, don’t we? That’s right, it’s apostasy and the person is to be executed under Islam.

The woman and her two children, ages 5 and 11, had just left a church service when the man struck her with a large knife, stabbing her several times in the head and slitting her throat, according to German newspaper Bild.

Fortunately, a policeman and several people who were passing by intervened and were able to stop the man. Police say that he uttered something in his native tongue as he commenced the attack. I’ll give anyone three guesses what he said and the first two don’t count, but I”m guessing it was “Allahu Akbar!”

However, though the woman was transported to the hospital, she later died from her injuries. An autopsy will be performed, though I think everyone is pretty sure why the woman died.

Police seem to be just as complicit in the coverup of the religion of the attacker as the media are.

“For us, only facts count,” said police spokesman Andreas Guske. “But there is evidence of a religious motive for the deed we are pursuing. But this is only one of the versions we can follow. Prien is a village, and one can assume that asylum seekers of one nationality must know each other.”

Right, either these guys are knowingly covering for Islam so they won’t be called Islamophobes or they are as bright as Inspector Clouseau.

The German media has been complicit with the government in covering up the crimes of Muslim migrants in Germany. They have failed to report accurately Islamic gangs who have plundered churches, schools and raped women and children.

Dr. Udo Ulfkotte was a top German journalist before he died unexpectedly shortly after he called out the CIA being behind the lies in the media and referring to the mainstream media as being completely fake. Ulfkotte is just one in a long list of journalists who have tried to warn people that they simply cannot take the mainstream media at face value.