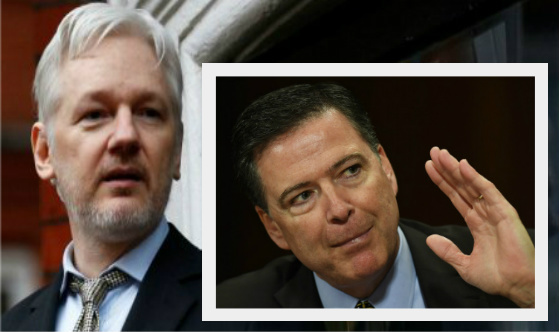 Republican Senator John McCain is rather perturbed that president Donald Trump fired FBI director, James Comey. His disappointment, though, is hard to understand considering the turn on Comey by the government as of late.

Republicans, by and large, had a lot of great things to say about James Comey when he chose to look into Hillary Clinton’s email scandal during the presidential election last year. Oddly, the political right also seemed to really love WikiLeaks founder, Julian Assange for releasing the “Podesta emails” which showed corruption withing the DNC and Hillary’s campaign team, themselves. So why the dramatic turn?

After Tuesday’s announcement that Comey had been fired by Trump at the suggestion of Deputy Attorney General, Rod Rosenstein, McCain said he is “disappointed” with President Trump’s decision. “While the President has the legal authority to remove the Director of the FBI, I am disappointed in the President’s decision to remove James Comey from office,” McCain said in a statement. McCain argued that such a move reinforces his calls for a special congressional panel to investigate Russia’s interference in the 2016 presidential election. Trump said he fired Comey over the handling of Hillary’s email scandal. But there is probably a whole lot more to it than that. Because WikiLeaks has confirmed that Russia was not the source of the leaked Podesta emails, the source of the Russian hacking, it appears that this is all likely intertwined. But finding the glue to stick this all together has proven difficult.

McCain is still demanding a special congressional panel to investigate the Russian election hacking which Assange says didn’t take place. Then James Comey, the only human who probably knows all of what took place in Hillary’s email scandal is fired amidst calls for Julian Assange’s arrest by those in the government who previously adored him. It’s all too ironic to think this is just merely a coincidence. But without proof, all we have is conjecture at this point. It simply makes sense that there’s some sort of missing piece to all of this. 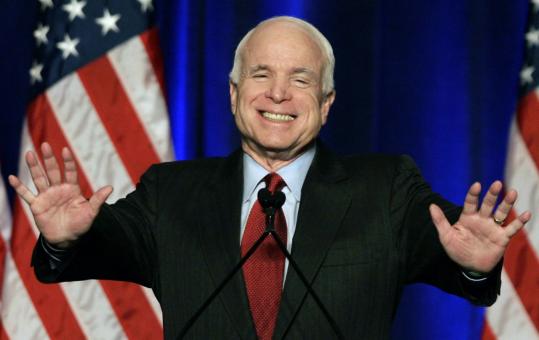 And, putting the pieces we do have together won’t be easy either. McCain said Comey’s firing amid the FBI’s Russia probe is all the more reason to form a special congressional committee that will independently investigate the matter, but there is no proof of Russian hacking. “I have long called for a special congressional committee to investigate Russia’s interference in the 2016 election. The president’s decision to remove the FBI Director only confirms the need and the urgency of such a committee,” he continued. So, why the gap between McCain and Trump on this issue?

Trump also came out and slammed democrats for their emotions regarding the firing of James Comey. Hillary Clinton even blamed Comey and WikiLeaks for her loss. So why are republicans dead set on arresting Assange and firing Comey? If they helped the right win the election, why are they so upset, and what’s really going on? We could really use another information dump by WikiLeaks right now that would give us insight into these bizarre government decisions and political backstabbing.

The search for a new FBI director will begin immediately and the truth of this circle jerk is out there somewhere. Something is going on in the federal government right now, and we should all have a concern about it, regardless of how we did or did not vote. If this all seems disjointed, that’s because it is. All this ties together in some way and the government is keeping several key pieces of information from us.