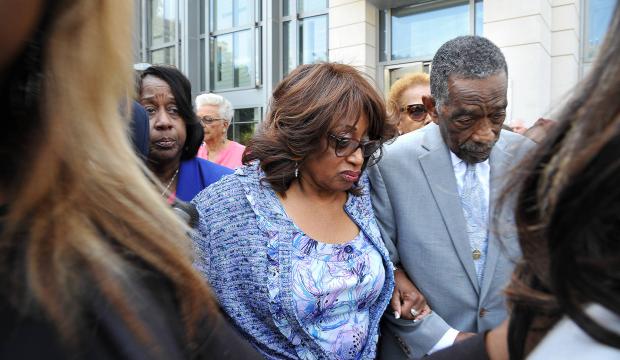 Brown, who served in the US House of Representatives from 1993 until 2017, was indicted in July 2016 and faced those charges this past week.

After a historic, nearly 25-year career representing Florida in Congress, former U.S. Rep. Corrine Brown was found guilty on Thursday of taking money from a charity that was purported to be giving scholarships to poor students.

The verdict came after prosecutors outlined a pattern of fraud by Brown, 70, and her top aide that included using hundreds of thousands of dollars from the One Door for Education Foundation for lavish parties, trips and shopping excursions. She was convicted of 18 of the 22 charges against her, including lying on her taxes and on her congressional financial disclosure forms.

Wearing a lavender suit, Brown watched the judge read each verdict in a silent courtroom with no visible reaction. She later left the courthouse holding onto the arm of a companion, surrounded by dozens of reporters. A few supporters shouted “We love you Corrine!” and “Keep the Faith!” as she silently made her way to a waiting car.

Brown, along with her chief of staff, Elias “Ronnie” Simmons, was indicted. Simmons pleaded guilty to fraud in February. Brown pleaded not guilty.

Among the expenses that Brown racked up after she lost her re-election to former Florida State Senator Al Lawson were $11,278 on what she claimed was lodging at a Marriot Hotel in Bethesda, Maryland one month after the election, petty cash expenses which totaled more than $2,000 between October and November 2016 and less than $200 on travel expenses in Houston, Texas and Jacksonville, Florida.

On top of that, she spent thousands more on campaign vendors following her loss.

It was reported that Brown also spent only $1,200 from more than $800,000 that was deposited in her Virginia-based foundation, One Door for Education.

“Former Congresswoman Corrine Brown violated the public trust, the honor of her position, and the integrity of the American system of government when she abused one of the most powerful positions in the nation for her own personal gain,” said Acting Assistant Attorney General Kenneth A. Blanco in a statement following the verdict.

Of course, her attorney, James Smith, said that he plans to file a motion for a new trial.

“She’s strong and fighting for her innocence,” Smith said. “And she will continue to do that.”

So far, a date has not been set for Brown’s sentencing, which is sure to be several years in jail.