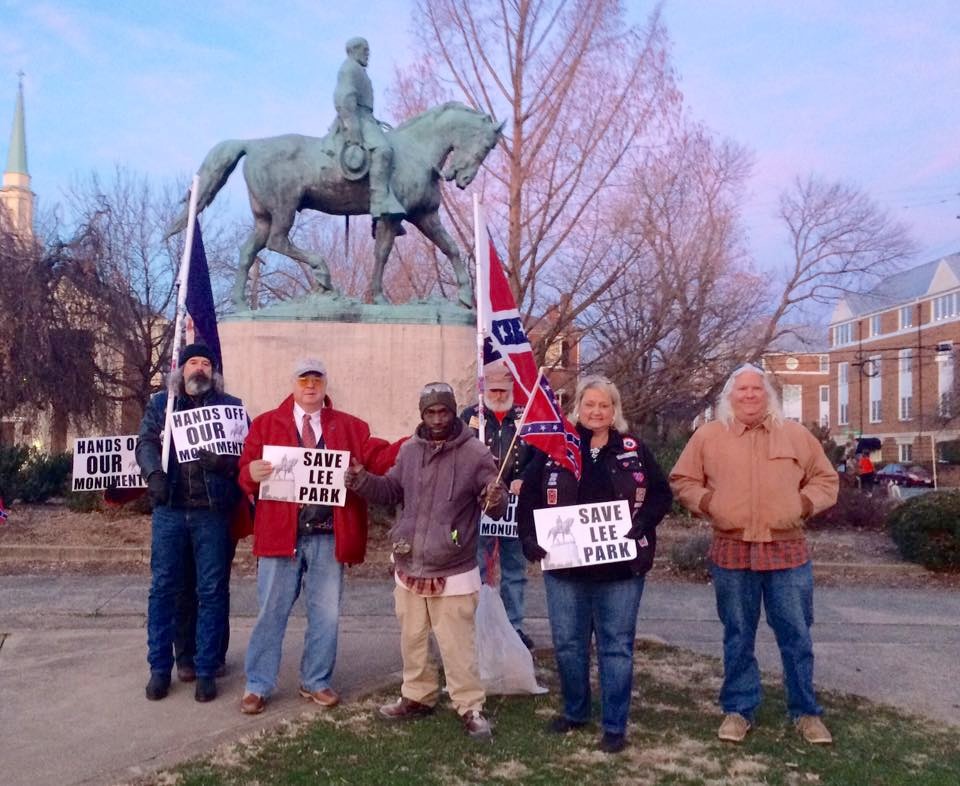 If there is one book besides the Bible I would recommend that Americans read, it would be The Rise and Fall of the Confederate Government by Jefferson Davis. If people could only understand how they have been led to believe that Davis was a traitor while the Marxist tyrant Abraham Lincoln was the savior of the Union, they might gain more understanding into what today’s media and politicians are doing right before our very eyes.

In the city of New Orleans, Mayor Mitch Landrieu is pushing to remove pieces of American history that remind us of our forefathers who stood against the federal tyranny of Abraham Lincoln.

After removing the Jefferson Davis monument early Thursday (May 11), the city is moving forward with plans to take down two more Confederate monuments, and it’s not yet clear exactly where they’ll eventually land. The Battle of Liberty Place obelisk, which was taken down April 24, and the Jefferson Davis statue are being stored at an undisclosed city warehouse.

A 6-1 City Council vote in December 2015 declared statues of P.G.T. Beauregard, Robert E. Lee, Davis and the Battle of Liberty Place monuments public nuisances that could be removed. Since then Mayor Mitch Landrieu and other city officials have said the statues should be placed in a public setting with the “proper context.”

But with heated debate and protests on both sides of the issue, determining what that context would look like stands to be difficult decision to make.

Landrieu’s press secretary, Erin Burns, wrote in an email, “Moving the location of these Confederate statues from prominent public places in our city where they are revered to a place where they can be remembered is an acknowledgement that it is time to take stock of, and then move past a painful part of our history.”

“There’s an idea that (they) represent southern heritage. I just have to guess for someone who wants to believe that, it must be real. It certainly is not the case for a good percentage of the population,” said Marcus Cox, a professor at Xavier University in New Orleans.

“You shouldn’t go back and rewrite history,” Cox added. “That is United States history, it’s southern history. But I think that when you have those types of symbols in public spaces that are controversial or tend to offend people, you need to have that open dialogue. It makes people uncomfortable, and they don’t want to learn from their mistakes.”

That’s just ridiculous arguing. There are all sorts of things in the public square that a variety of people find “controversial or offend people.” That is not the issue. The issue is that this is real history.

Vaguely centrist T-P columnist Tim Morris wrote that the only “mission accomplished” for Landrieu was to “raise his national profile” for a possible presidential run, but that “if the goal was to exorcise some of the city’s racist demons and set us on the road to healing … well, there is a lot still to be done there…. we are halfway through the process and we remain as polarized as ever. Armed camps. Public sniping between the mayor and a prominent businessman. Police barricades and arrests.”

This is what we have been reduced to. You either support removing the statues of Robert E. Lee, P.G.T. Beauregard, and Jefferson Davis or you are a white supremacist. That is a mistake and a long-term detriment to the reconciliation and healing we need to go forward as a community.

I know many people of goodwill who have opposed the removal of the monuments, who have felt left out by the political process and are irked by the way they are being portrayed. They are neither extreme nor violent. They respect the rule of law.

Lost in the shuffle, or at least in the mayor’s statements condemning the monuments and the national media coverage of them, are almost all attempts to consider each monument on its own merits rather than as a group. Landrieu literally said that all four statues had originally been erected “in celebration” of “slavery and segregation.”

But others note that the monuments are very different, the last one (of Gen. Beauregard) having been publicly presented as late as 1915 – more than 30 years after the one honoring Robert E. Lee. At the dedication of the Lee memorial, not just Confederate veterans but also a host of members of the “Grand Army of the Republic” (union veterans) cheered in unison in honor of Lee.

The first vice president of the committee that commissioned Lee’s statue was Beauregard himself. But Beauregard was hardly a celebrant of “slavery and segregation.” Instead, he openly campaigned after the war for civil rights for blacks, including integration of schools and transportation, and argued that “the natural relation between the white and colored people is that of friendship” while supporting “equal rights” for all.

Defenders of the statues have noted that a monument honoring Beauregard surely wasn’t honoring segregation, nor would the integrationist Beauregard have led the way to honor Lee as a way to advocate for “slavery and segregation.”

Instead, both Lee and Beauregard were seen post-war as leading figures of reconciliation among regions and races, as almost any standard encyclopedia – as neutral a record as possible – is sure to note.

Still, others are set on preserving that history and now allowing it to be dropped down the proverbial “memory hole.”

Thomas Payne, executive director at Beauvoir, the Biloxi, Mississippi estate that houses the Jefferson Davis Presidential Library, said that that a request was made to the city of New Orleans, before he came to Beauvoir, to take possession of the monument to preserve its historical value.

“We’ll take whatever monuments,” said Payne. “Our interest is in preserving history, and we certainly don’t want history to be erased or otherwise eliminated And, if nowhere else, then we’d certainly love to have them and give them a place of honor.”

“A lot of people would want to come see them, and they’d all be here together in short distance of each other,” Payne said. “It’s a win-win for us once the city and citizens of New Orleans decide what they can legally do. We’re ready to receive them.”

Ms. Burns said that representatives from Washington, as well as Lee University and the Smithsonian Museum were spoken to about obtaining the monuments.

“While no final decision has been made, there are a number of ways that the City can allow anyone who is interested to legally acquire the statues,” she wrote in the email.

Finally, for those who persist in claiming that Abraham Lincoln freed the slaves instead of enslaving every American, just listen to what the “Great Emancipator” actually said.

“I will say…that I am not, nor ever have I been in favor of bringing about in any way the social and political equality of the white and black races – that I am not nor ever have been in favor of making voters or jurors of negroes, nor of qualifying them to hold office, nor to intermarry with white people; and I will say in addition to this that there is a physical difference between the white and black races which I believe will forever forbid the two races living together on terms of social and political equality. And inasmuch as they cannot so live, while they do remain together there must be the position of superior and inferior, and I as much as any other man am in favor of having the superior position assigned to the white race.”

These people should be calling for the removal of the Lincoln Memorial, but I don’t think we’ll be seeing that anytime in the future, do you?