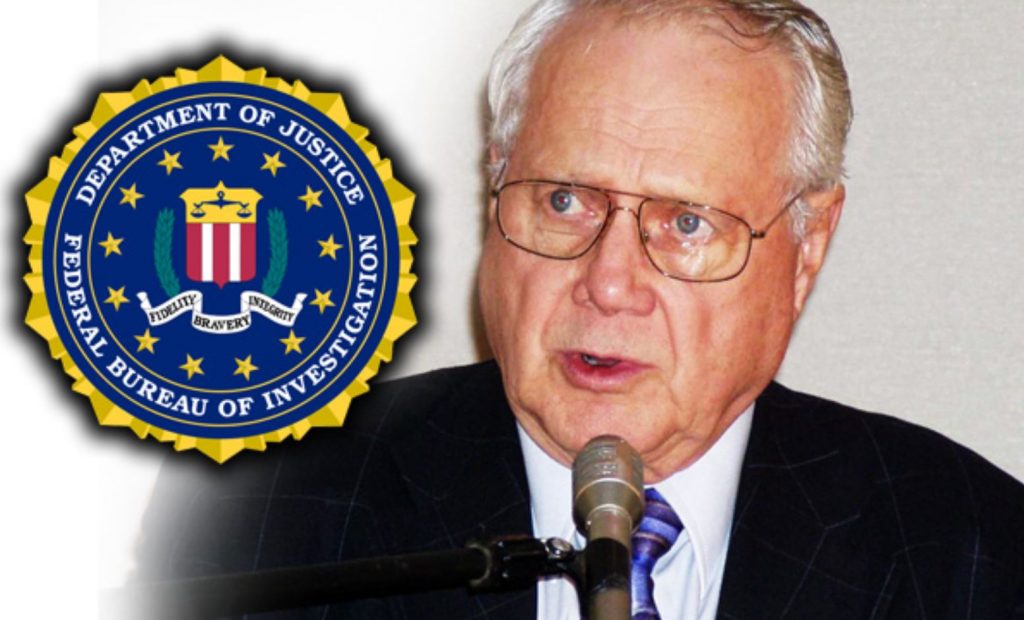 He talked about a satanic cult group; drugs flown into various military bases from other countries. You will be surprised how those drugs were disguised—in plastic bags inside dead military personnel. Illuminati and Satanism, he confirmed apparently are synonymous.

Hear him talk about child sacrifice (a satanic ceremony).

The Franklin Cover-up seems to be the pedophile rabbit hole that defuses investigation into top Washingtonians’ pedophilia rings all the way up to the White House! Sex slavery is alive and, unfortunately, thriving!Children were disappearing at the rate of 83 per hour in the USA at the time of Gunderson’s talk in 2005!

Listen to what Gunderson said about a boy, who had become a “covert, military, CIA mind control project and used as a sex slave.” MK-Ultra mind control came into the USA with and from the German scientists after World War II in Project Paperclip. Were they using Hitler’s techniques?

Here is the 1 hour 3 minute video of FBI whistleblower Gunderson’s talk divulging the above information and much, much more. The “Conspiracy of Silence” is not conspiracy theory!

Gunderson says Americans are oblivious to what is going on behind the scenes!

Gunderson says he learned the John F Kennedy assassination was “a joint hit by CIA and the Chicago mob.” He contends Pearl Harbor (Dec. 7, 1941) was a cover up too. He talks about the Branch Davidians Waco, Texas, incident and how 4 ATF agents there were shot in the head—a sniper shot, apparently from above. Those 4 agents at one time were former body guards for President Bill Clinton.

He talks about the World Trade Center 1993 car bombing. He questions FBI actions regarding that incident and other problems like pedophiles in Washington, DC. There’s a rogue outfit in our government, who are behind the terrorists’ acts, so they can pass bills like the Patriot Act, according to Gunderson. Many congressmen vote for such ‘stupid’ bills because they have been set up and framed through sex and drugs, according to Gunderson.

Timothy McVeigh, of the Alfred P Murrah Federal Building disaster in Oklahoma City (April 19, 1995), was in Special Forces, trained to be a CIA assassin and worked in the CIA drug program. McVeigh supposedly had a microchip in his buttocks, so CIA agents could be tracked, according to Gunderson. Gunderson claims Oklahoma City was perpetrated by others than McVeigh, possibly 11 other individuals involved. Was McVeigh a ‘perfect patsy’?

Gunderson takes on 9-11. A Patterson, New Jersey, individual was the leader of the terrorists of 9-11, according to Gunderson. The story he told is unbelievable! You have to listen to it starting around 52 minutes on the video timeline. A truly shocking story told by a former FBI “big wig”.

The cover-up is real, alive and thriving in the United States, according to Gunderson.

He says, “We need to wake up a sleeping society in American today.” Satanic cults operate in cooperation with secret individuals in government, and are a threat. Who will out them and take them on?

Ted Gunderson passed into eternity July 31, 2011 from cancer at 82 years of age. America owes him a great deal of gratitude for what he tried to expose, but no one apparently wanted to listen.