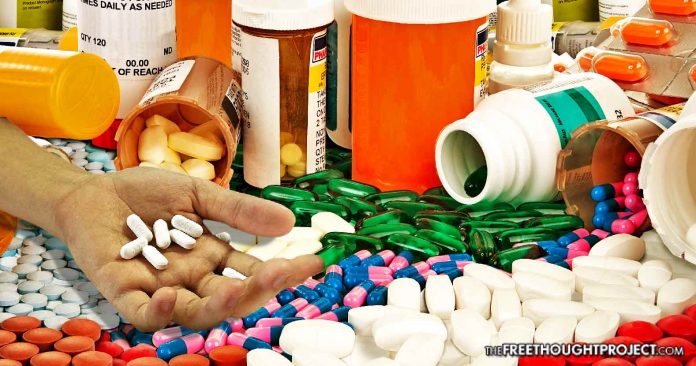 Close to one-third of drugs approved by the FDA are found to have safety problems, according to a research report from The Journal of the American Medical Association.

JAMA’s report stated that these safety issues, known as “postmarket safety events,” are “common after FDA approval, highlighting the importance of continuous monitoring of the safety of novel therapeutics throughout their life cycle.”

The study sought to identify the “frequency of postmarket safety events” of FDA-approved drugs. It revealed that 222 “novel therapeutics” were approved by the FDA between 2001 and 2010. Out of those 222 FDA-approved products, there were 123 safety issues later found in 71, or 32 per cent, of the approved drugs. Actions taken for the 71 drugs included withdrawal of the substance, new safety announcements highlighting discovered risks, and issuing “black box” warnings.

These safety problems “were more frequent among biologics, therapeutics indicated for the treatment of psychiatric disease, those receiving accelerated approval, and those with near–regulatory deadline approval,” according to the report.

Products that completed speedy reviews were not necessarily as likely to see safety complications down the road. However, drugs that were approved by the FDA near the review deadline were more likely to reveal future problems.

Another problem highlighted in the study was drugs approved by the FDA via “accelerated” reviews also ending up with safety issues.

The public would likely and see tremendous benefit, and a decline in detrimental complications, with more thorough and consistent follow-up reviews of approved drugs. Legislators have continuously pressed the FDA to speed up their drug approval process while paying far less attention to the long-term safety of these drugs once available to the public.

In investigative journalist Ben Swann’s 2016 Truth In Media episode examining the relationship between the FDA and the pharmaceutical industry, Swann spoke with Emory University Professor Doug Bremner about the issues with the FDA’s follow-up on approved drugs. Bremner told Swann that Congress limited the budget of the FDA in past years, “but they’ve also demanded that they increase the speed of which they approve drugs.

So the number of people working on new drug approval has been increasing at the expense of those who are supposed to be watching the drugs coming onto the market.”

The 21st Century Cures Act, passed by former President Barack Obama in December 2016, aimed in part to further speed up the drug approval process. The Act allows the FDA to include “real world” evidence to approve drugs, “the kind provided by patients using the medication in a real-world setting as opposed to carefully designed and controlled trials,” according to a report published by the Dallas Morning News.

This could potentially lead drug companies to move away from opting for long-established clinical trials. Dr. Giuseppe Giaccone, the associate director for clinical research at Georgetown University, told the paper that this is “pretty bad for the FDA and very bad for patients, but it’s good for drug companies” and that it allows drug companies “more freedom to do whatever they like.”