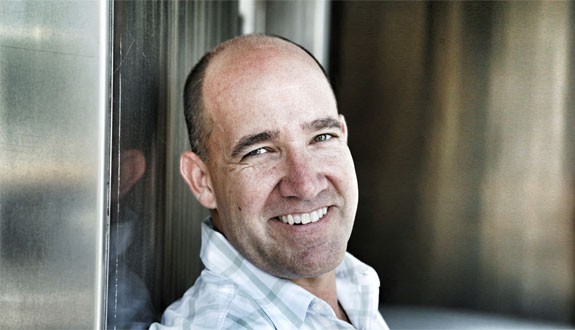 Millions of Christians are being abused, tortured, and slaughtered at the hands of Muslims. It’s an obvious and undeniable fact this is happening worldwide. Yet some people still persist denying reality.

One such person is journalist Matthew Dowd of ABC News. In response to a tweet from Fox News Journalist Shannon Bream about an upcoming story of Christian persecution, he replied that the ‘persecution of Islam and Muslims in America’ was a bigger issue:

Maybe you can talk about the bigger problem which is persecution of Muslims in America and around the globe. Bigger issue.

Once again, ABC’s Matthew Dowd has proved that even Twitter can’t keep him from saying something so stupid in so few words. Responding to FNC’s Shannon Bream tweet announcing that she was going to be talking to Franklin Graham about the increasing persecution of Christians across the world, Dowd bitterly brought up anti-Muslim “persecution” in the United States as the real issue we should be talking about. (source)

How interesting it is that he would make a statement like this at a time when 90,000 Christians in 2016 alone were butchered for their faith (source). Whether it is ISIS, Nigeria, Pakistan, Sudan, or even in Europe were tens of thousands of former Muslims are risking their lives as they abandon Islam and turn to Christ even while being persecuted by fellow Muslims, (source) the persecution is out of control, and the statistics show that the 9 out of the top 10 nations where it is most difficult to be a Christian in are Muslim majority, and 75% of the world’s nations on the persecution watch list are Muslim. (source). Contrary to what he assumes, the USA cares about Christianity so little that for the first time it has been put on a watch list for anti-Christian activity. (source). Strictly by the facts, Christianity is the most persecuted religion on earth. (source).

We can also testify from personal experience, as we have helped thousands of Christians escape horrible torture and death at the hands of Muslims and other persons who hate Christ and His faithful.

But then again there are some people who no matter how much the truth is presented before him will still deny the facts because it does not suit his particular preconceived opinions or his pride to amend it. Indeed, just as the wealthy man in Luke’s gospel cared nothing for a starving, dying poor man who had only the dogs to lick his wounds, then in our own times there well may be some who are concerned about hurting the feelings of Muslims while ignoring the audible screams of the Christians caused by the torture these same Muslims are inflicting upon them.

Indeed, it takes a special kind of evil perversity to say this doesn’t matter.

Article posted with permission from Shoebat. Article by Andrew Bieszad