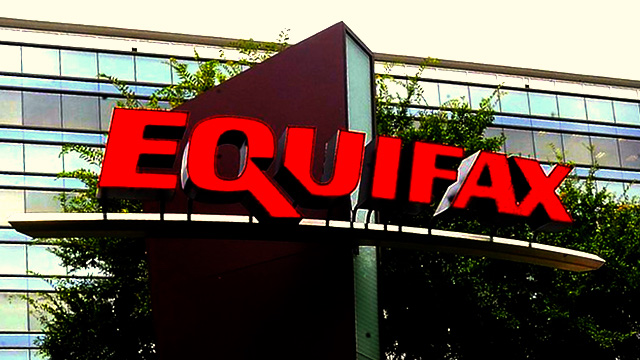 As the world is pressed ever closer to a cashless society, individual control over one’s own wealth will become a thing of the past and our personal finances will be lorded over by government and the ‘official’ agencies contracted to manage our financial lives. The pieces are already in place, as is evidenced by the ubiquitousness of credit reporting agencies, and in this brave new world your credit score will be even more important than it is now.

“Managed by a handful of private companies and based on secret scoring processes, credit reports can have a dramatic impact on the financial prospects and overall lives of individuals and organizations. But though credit rating plays a necessary role in the overall banking system, the industry’s approach to assessing creditworthiness can harm both consumers and lenders. [Source]

Today, you cannot rent a place to live without a credit report and if you try to sign your children up for the local soccer team you might even find yourself having to authorize a full credit check which will consult one of several major credit reporting agencies who keep track of your financial well-being.

This layer of financial oversight is a fairly new construct in our world, as noted by Credit Karma. “The Fair Credit Reporting Act, which first sought to regulate the reporting of credit information, was only passed through Congress in 1970. Furthermore, the FICO score as we know it today wasn’t introduced until 1989.”

It turns out, however, that some of these institutions are defrauding the American public, as revealed by an investigation led by The Consumer Financial Protection Bureau, which found that two of the major credit reporting agencies have been deceiving Americans about the fees they charge and about the reports they provide.

“…the Consumer Financial Protection Bureau announced that two of the three major credit-reporting agencies responsible for doling out those scores—Equifax and Transunion—have been deceiving and taking advantage of Americans. The Bureau ordered the agencies to pay more than $23 million in fines and restitution.” [Source]

Furthermore, as explained by The Atlantic:

“In their investigation, the Bureau found that the two agencies had been misrepresenting the scores provided to consumers, telling them that the score reports they received were the same reports that lenders and businesses received, when, in fact, they were not. The investigation also found problems with the way the agencies advertised their products, using promotions that suggested that their credit reports were either free or cost only $1. According to the CFPB the agencies did not properly disclose that after a trial of seven to 30 days, individuals would be enrolled in a full-price subscription, which could total $16 or more per month. The Bureau also found Equifax to be in violation of the Fair Credit Reporting Act, which states that the agencies must provide one free report every 12 months made available at a central site. Before viewing their free report, consumers were forced to view advertisements for Equifax, which is prohibited by law.” [Source]

In short, these agencies are abusing their power for their own financial gain, which is typical of high level government contracting agencies, and one of the best reasons to resist the global push for a cashless society based on regulated digital currencies and credit scores.

“Much of an individual’s ability to improve his or her finances is predicated on his or her ability to maintain a high credit score. To do that, he or she needs to be able to see accurate credit reports that reflect the information that lenders see when they assess them. The actions of Equifax and Transunion prevented that.” [Source]

This article (Two Major Credit Reporting Agencies Have Been Deceiving Us – Is Your Credit Score a Scam?) was originally created and published by Waking Times and is published here under a Creative Commons license with attribution to Isaac Davis and WakingTimes.com. It may be re-posted freely with proper attribution, author bio, and this copyright statement.