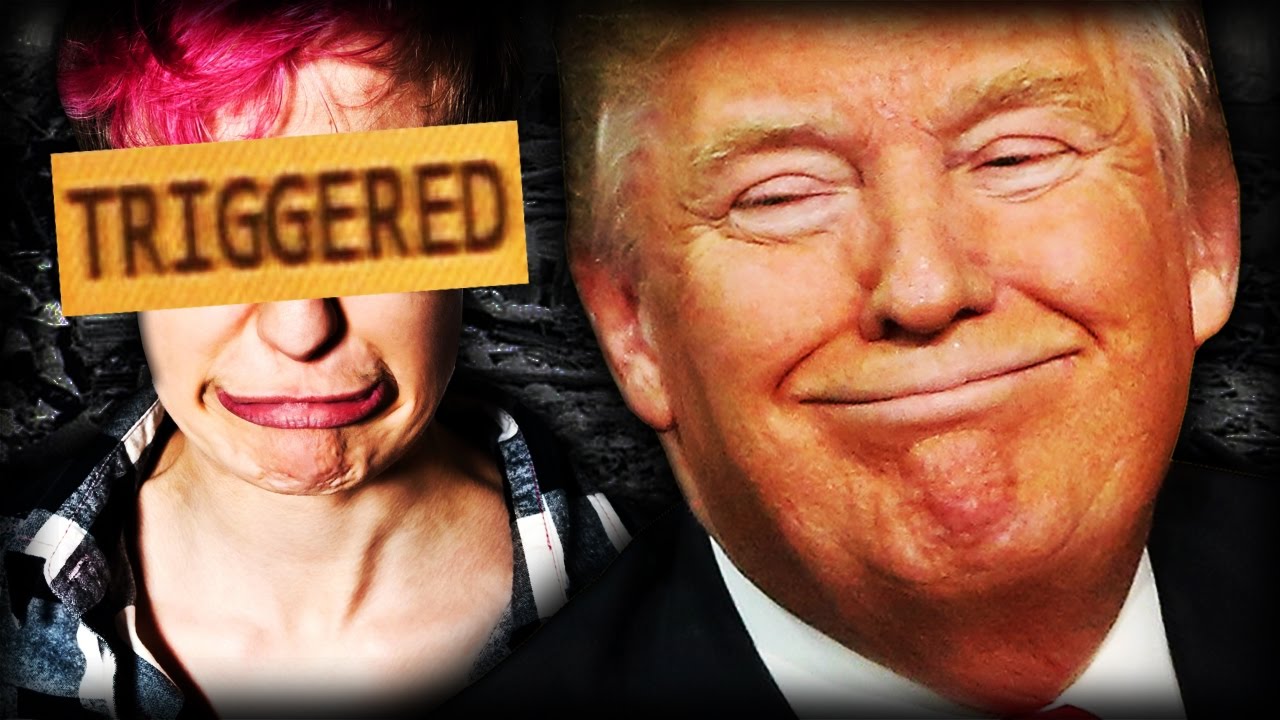 Trump Derangement Syndrome is a real thing, the first symptom of which, according to an op-ed in the LA Times, is a loss of all sense of proportion by those afflicted with the recently discovered disease.

Within milliseconds of crossing paths with the sign the unnamed student is triggered to such an extent that she shrieks at the top of her lungs.

A passerby from a part of the country that may not be as progressive as Washington might have thought the woman was being stabbed by a knife wielding terrorist.

At certain points throughout the video, passers-by stop to ask the woman if she’s alright, to which she seems to indicate that she’s screaming as a form of protest.

In the video, Bostrom claims that the woman screaming is “an art major,” and at one point in the video another woman who appears to be an administrator runs into the shot to ask the student if she is alright, to which the student replies “call the police, bitch.”

This isn’t the first time we’ve seen protesters totally lose control because of their affliction.

At the moment Trump was inaugurated as the 45th President of the United States, a video of this person totally freaking out was captured and shared across the world, highlighting just how difficult a time liberal snowflakes were having with their new reality:

Best thing you'll see today. Just trust me on this one. pic.twitter.com/p7h7araVd7